A Woonerf In My Back Lane 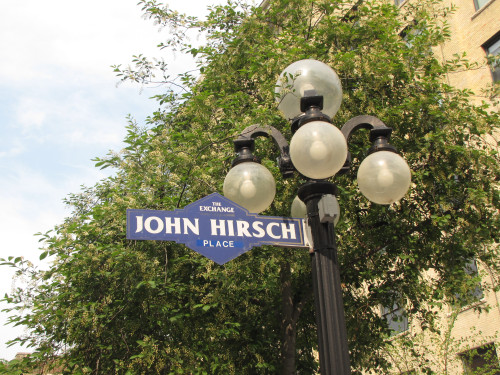 Did you know Winnipeg had a woonerf? The lane behind my condo building in Winnipeg’s Exchange District is actually a street called John Hirsch Place. It runs from Main Street to Waterfront Drive parallel to Bannatyne Avenue.  Part of the street has been redeveloped into a beautiful area for sitting, walking, bike riding and parking.  It’s called a woonerf, which is a Dutch word for a living street.  A  woonerf is an urban design that changes streets from being car prioritized to being shared spaces for all kinds of transportation including pedestrians. 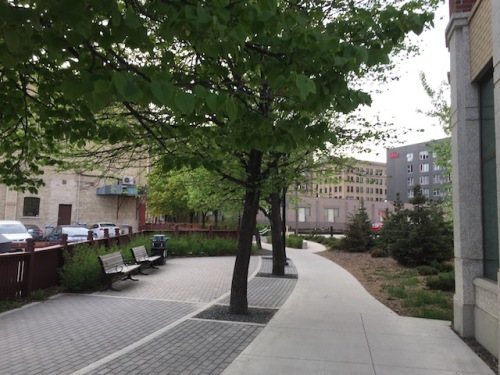 The woonerf in my back lane is a winding tree-lined pathway which used to be the site of Brown’s Creek. The creek was named after Alexander MacDougall Brown who founded the City of Winnipeg Archives. The creek used to run down to where Waterfront Drive is today and then flowed into the Red River.

With an increased demand for land in downtown Winnipeg at the turn of the century, the creek bed was filled in to make way for roads and buildings. The paving stones on the newly developed street recreate the winding path of the former creek.

A unique drainage system has been installed under the street. It retains and filters stormwater runoff to hydrate the trees. 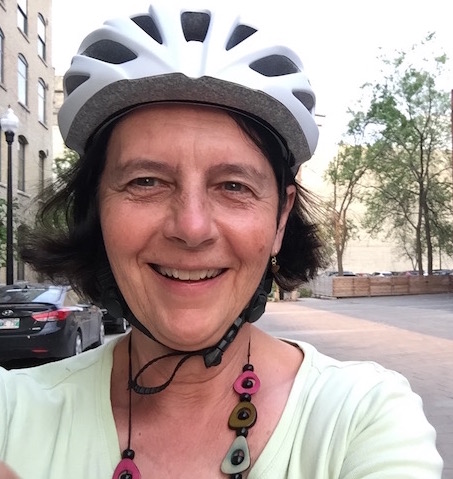 I love the bicycle shortcut the newly developed street gives me to Waterfront Drive.  It also provides extra parking spaces and…… 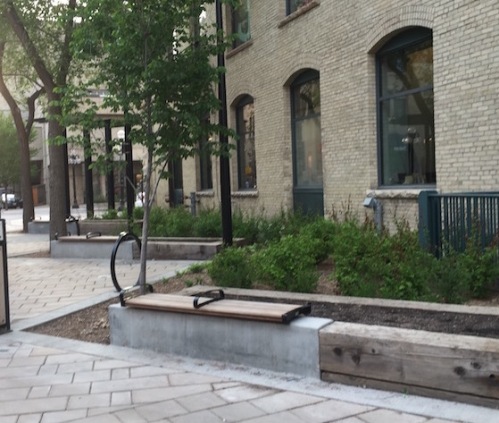 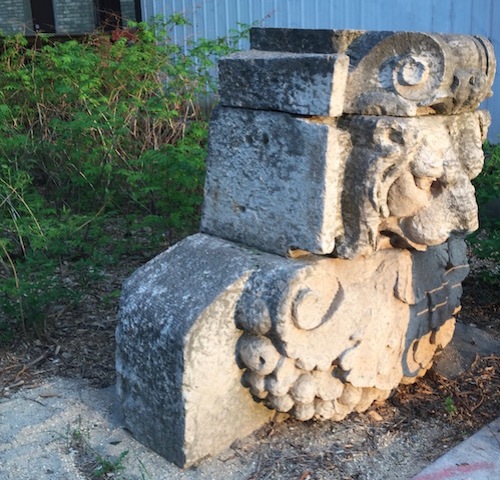 There are other interesting features along the path like these stone lions which used to be at the Royal Alexander Hotel before it was demolished in 1971.

I appreciate the initiative the city of Winnipeg is taking to create green, multi-use spaces that are attractive and quiet in the busy downtown.

A  New Winnipeg Coffeeshop Named For a Saint