I read that they’ve just repainted the iconic Abbey Road crossing in London.  Apparently, it’s often hard for city workers to have a chance to do that uninterrupted during regular work hours because the pedestrian crosswalk made famous on the cover of the Beatles album Abbey Road is usually crowded with tourists. Not anymore. 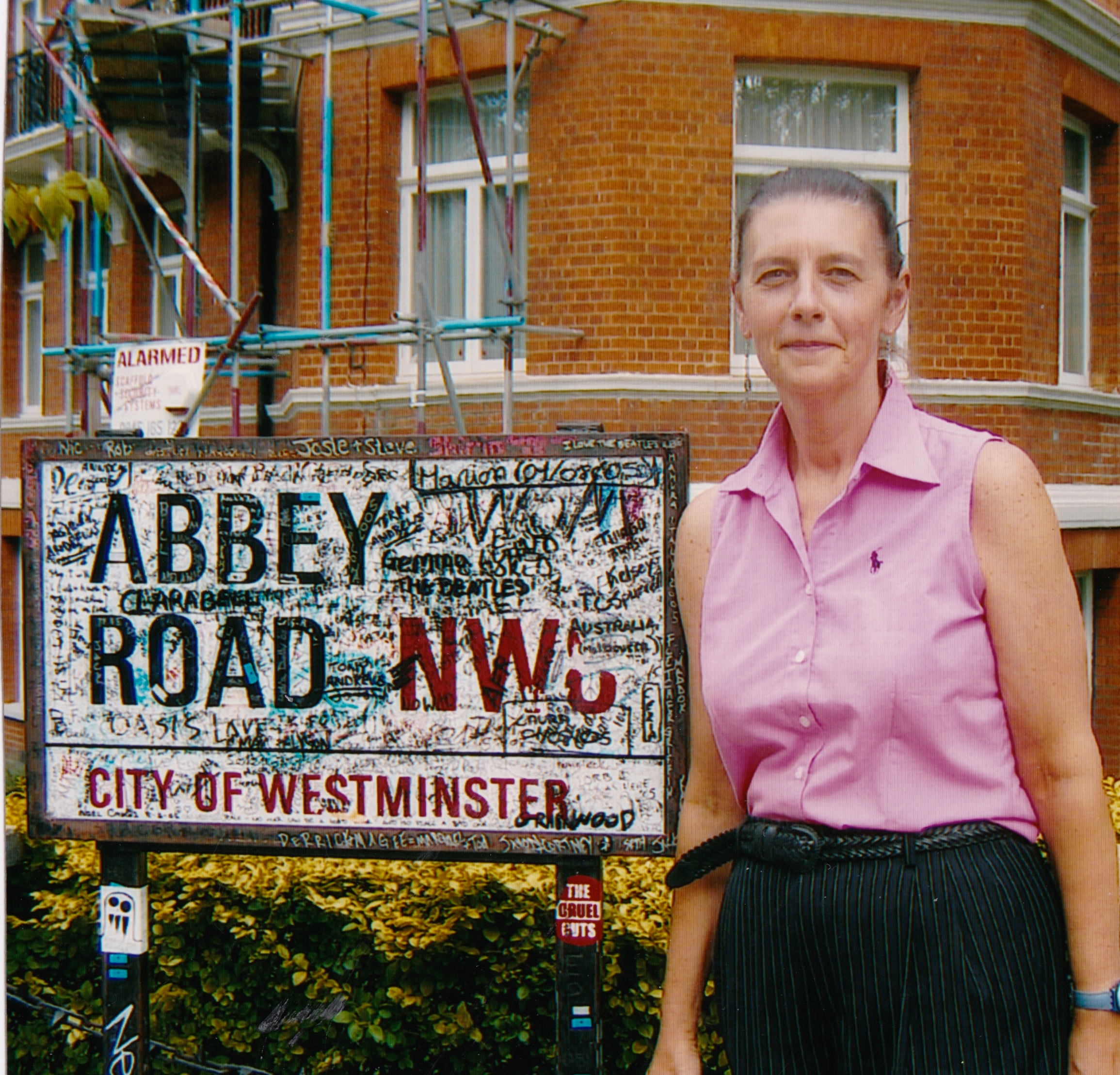 The self-isolation of Londoners ordered by the British prime minister and the dearth of tourists in the city these days made it easy for workers to repaint the lines.

We went grocery shopping for the first time since our isolation ended.  We arrived at 7:00 in the morning when most grocery stores are open exclusively for seniors.  A young man at the front door invited us to use the hand sanitizer dispenser while he disinfected the handlebar of a cart for us. Folks in the store gave one another a wide berth.  We lined up for the cash register on big X’s marked on the floor that kept us the proper distance apart. The clerk was behind plexiglass.  I also went into a drug store where I had a similar experience, except here between serving each customer the cashier wiped down the counter and the credit card machine with copious amounts of disinfectant and she was wearing a mask and gloves.

I did some coloring. Lisa, a talented colleague of mine at the Winnipeg Art Gallery is creating freehand drawings of classic pieces from the Winnipeg Art Gallery collection and posting them on the gallery website.  Since the gallery is closed and you can’t visit in person, you are invited to print up one of Lisa’s drawings and experience the paintings vicariously by coloring them.

The Farmer’s Daughter by Prudence Heward. I took the photo during the Winnipeg Art Gallery’s Art in Bloom event which accounts for the blossoms and branches on the left-hand side.

I colored Lisa’s version of this work called The Farmer’s Daughter by Quebec artist Prudence Heward. Prudence was a contemporary of Canada’s famous Group of Seven and like Emily Carr was one of only a comparatively few women who tried to make a name for themselves in the male-dominated Canadian art world at the turn of the century.

Dave with his brother Paul on the golf course. He still reminds his brother periodically about how he made him miss the moonwalk.

We had a long Face Time session with our son and his family in Saskatoon. We told our grandsons stories again. Dave told them a story about how he missed watching Neal Armstrong walk on the moon on TV because he heard a loud crash outside just as Armstrong was about to take his first lunar step. Dave ran out the door to see what had happened. His older brother Paul who was driving their family car had been hit by an oncoming vehicle as he turned onto their farmyard.  Paul was fine although the car wasn’t.  But in the ensuing drama, Dave missed watching the moonwalk. 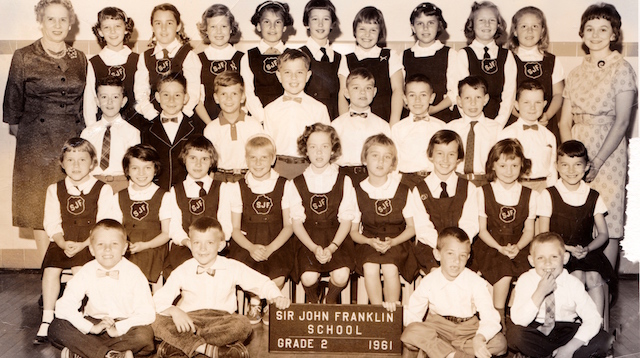 My grade two class at Sir John Franklin School. I am standing in the back row on the far left right next to our principal. My teacher was Miss Ushay.

I told my grandsons some stories about my grade two year at Sir John Franklin School in Winnipeg. How I was late for my first day of classes because I was chased by a big dog on my way to school, how I cried when I got 7+7 wrong on a math test, and how one day when I came home from lunch a car had driven right into the living room of our neighbor’s house.

Our grandson told us he is going to be continuing his violin lessons virtually with his teacher starting this week since it looks like the music studio where he normally goes for lessons will have to remain closed for several months yet.

In the last couple of days, I have been watching the Netflix series Unorthodox about a young woman who breaks away from her conservative Hasidic religious community in New York to find a different life for herself.  Unorthodox brought to mind a book I read called Breaking Free by Rachel Jeffs which is her memoir about escaping her life in a Fundamentalist Jesus Christ of Latter-Day Saints sect. Unorthodox also reminded me of the book Women Talking by Miriam Toews which tells the story of a group of Mennonite women in Bolivia who are trying to decide whether they should leave their very religiously conservative colony.  We think we are living with restrictions on our freedoms right now but many women have experienced restrictions far more troubling and challenging imposed by their religious communities.

More Visible But Not Equal

Attending A School Named For an Explorer

Almost Too Troubling to Read

Attending A School Named For An Explorer

Looking through some old slides to prepare a visual presentation for my father’s 90th birthday I found this photo of my sister and me outside Sir John Franklin School where we were both students for the 1960-1961 school year.  I was in grade two and my sister was in kindergarten.

The Manitoba Historical Society website provides this image of the school. It was built by Sutherland Construction Company for $52,000. It was designed by a local architect named J.N. Semmens. The school welcomed its first students in the fall of 1921 and in October was named after the famous Arctic explorer Sir. John Franklin.  The original school only had five classrooms but additions were made in 1934 and 1951.  In June of 1987 the school was closed and the building demolished in 1991.

I found both the principal and teacher in my second grade class photo listed on the Manitoba Historical website.  The principal who is standing right beside me is Hannah Eleanor Fisher.  According to the history page about her she was born in North Dakota in 1901 and moved to a small Manitoba town called Neelin about 200 km. south of Winnipeg as a small child.  She taught in both rural and city schools before becoming a principal.  She served at Sir John Franklin from 1954-1961. She never married and spent some time in England as an exchange teacher. She died in Winnipeg at age 95. I couldn’t find any additional information about my teacher Miss L. Ushey. My two best friends in grade two were April and Catherine.  I can still pick them out in the class photo.

With my aunt, my sister, and my brother on the front yard of our house on Beaverbrook Street

We lived on Beaverbrook Street when I attended Sir John Franklin and one day when I came home from school for lunch a car had careened off the street and driven right into the livingroom of the house next door to us. Other vivid memories of my grade two year are running back home one day because I encountered a big dog on my way to school.  I got 7+7 wrong on a math test and remember being upset that I missed such a simple question.

I only went to Sir John Franklin for one year.  My primary education took place in four different schools.  I’d like to learn more about them all.

Hopeful Diversity- A School Classroom Very Different From Mine