Did you know the locomotive was named after Hariot Rowan Hamilton Dufferin the wife of Canada’s Governor-General in 1877.  Hariot was married at age 19 to the Earl of Dufferin who was 36.

The Countess of Dufferin in 1870 with her third son Terrance

Hariot would have seven children, the youngest two born in Canada. 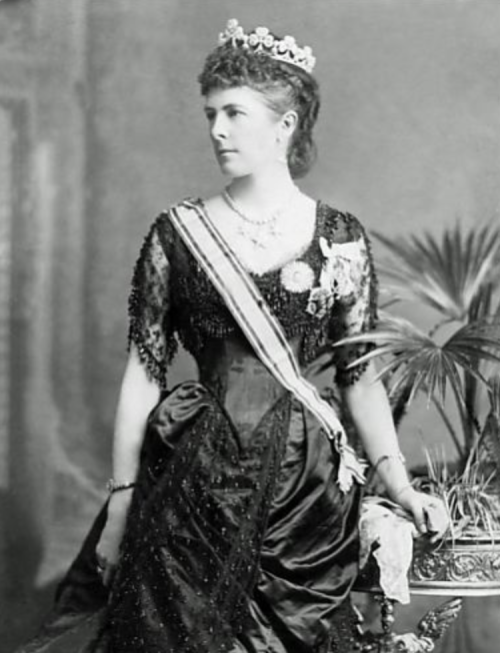 Hariot was a good writer and her letters home to her mother in England were published later in a book.

Hariot regularly attended sessions of the Canadian Parliament so she could report back to her husband about what was going on. As Governor-General he couldn’t attend Parliament since he was supposed to be above political partisanship. Hariot, however, could go and she was politically savvy and an excellent observer. Later she would provide her husband with an insightful and lively commentary on the government proceedings of the day. 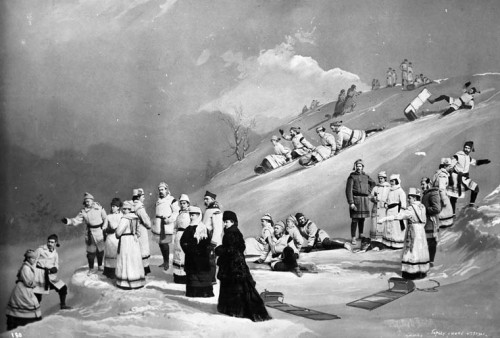 The Countess of Dufferin hosts a tobogganing party at Rideau Hall

Hariot was a vivacious hostess and during her tenure, Rideau Hall, (the official residence of the Governor-General in Canada) was home to amateur theatricals, in which she often performed herself. She hosted fancy dress balls, picnics, dinners, concerts, cricket matches and tobogganing and skating parties.

She travelled across Canada with her husband all the way to Prince Edward Island in the east and British Columbia in the west.

After their term in Canada was finished Hariot accompanied her husband to diplomatic postings in St. Petersburg, Constantinople, India, Italy and France. She became well-recognized as a travel writer and photographer during the time she lived abroad. 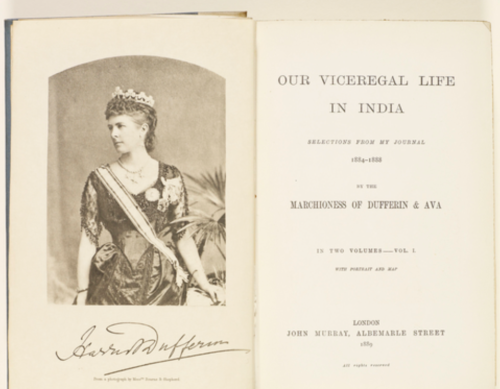 While her husband was in diplomatic service in India Hariot became very concerned about the lack of proper medical care for women whose husbands would not allow them to go to a hospital with male doctors or patients.  Hariot started a charitable fund and raised money to build three hospitals in Pakistan and three in India. These hospitals were exclusively for women and children. 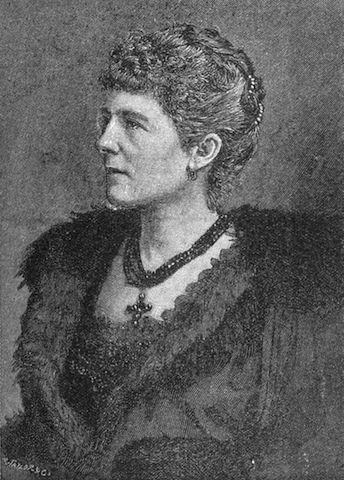 Hariot’s family’s fortune was lost around the time her husband died in 1902 and she spent the last three decades of her life in a modest house in the Chelsea area of London. Sadly four of her sons preceded Hariot in death, one from pneumonia, one in a plane crash, another was killed in the Boer War and a fourth in World War I.

Hariot didn’t have an easy life but she set a new standard for society and culture in Canada’s capital. She engaged with Canadians from coast to coast as she travelled with her husband.

There is a Dufferin School in Winnipeg, a Dufferin Street in Toronto and of course an iconic train named The Countess of Dufferin in the railroad museum in Winnipeg.