A City of Music

My sister just visited Prague and it reminded me of our time in the city.

Prague is a city of music. On our visit, Europe was experiencing an unexpected cold spell and everything was covered in snow.

Temperatures fell well below zero every day. Not exactly the kind of weather that is friendly for street musicians yet on nearly every corner in Prague one could find performers. 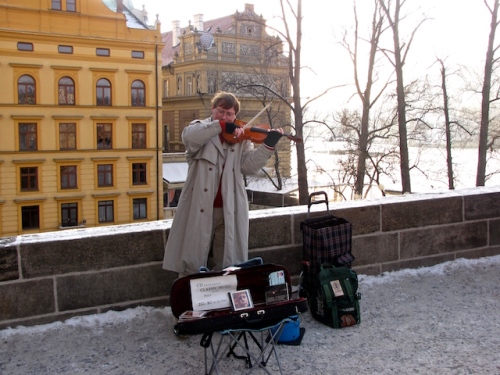 A violinist serenaded pedestrians with Dvorak as they walked over the Charles Bridge. 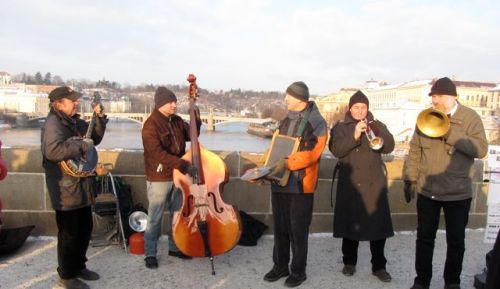 In front of a statue of King Wenceslas, one of the Czech Republic’s most venerated saints, a New Orleans style jazz group of six decked out in toques and gloves entertained passers by.

At another spot an organ grinder was asking for donations. He had replaced his real monkey with a stuffed one. It was a wise decision. The weather was too cold for tropical animals. At a subway station entrance a shivering string quartet played Bach.

Not only does Prague have street musicians. There are dozens of concerts in the city’s churches and halls every night. We went to a string quintet performance in the famous Rudolfinum, a huge palace-like venue built in 1885 that is the home of the Czech Symphony Orchestra. 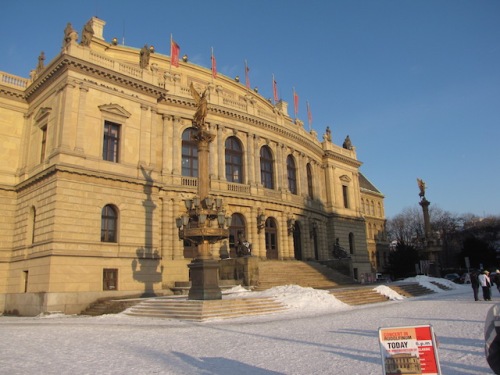 We attended a concert performed by the Parnas String Quintette. They played Eine Kleine Nachtmusik by Mozart, a familiar air by Bach, a suite from Bizet’s Carmen, excerpts from Vivaldi’s Four Seasons, Pachelbel’s Canon and a fair number of Dvorak pieces. The acoustics were great, the musicians talented and the setting perfect. 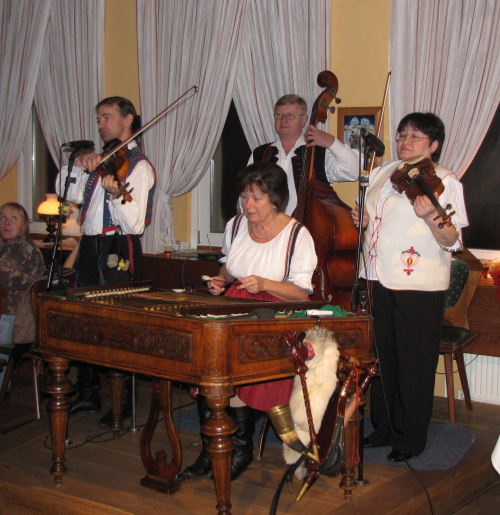 One night in Prague we went to a cultural dinner where musicians entertained us with traditional Czech folk music. They played a wind instrument called the foovarah, Czech bagpipes, and the hammer dulcimer. Their music was so engaging it even got my husband Dave up on the floor to dance. 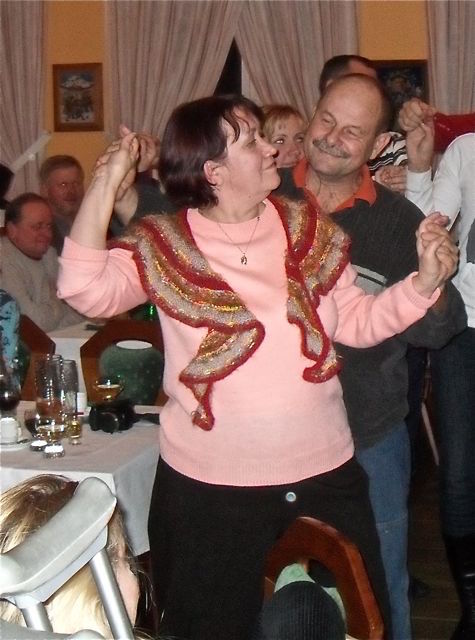 People were asked what country they were from and then men and women from different parts of the world were paired for dancing. I was surprised that my husband, who has never liked dancing, was enticed up to the front to do a folk dance with a woman from Latvia. 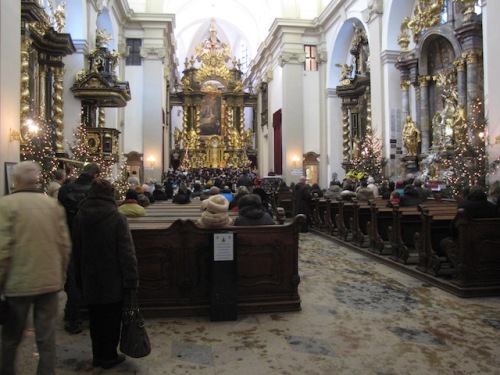 Because we were in Prague at Christmas time many of the churches were having choir performances of carols during our visit, accompanied by huge pipe organs. We walked into one such church where many audience members were joining in on the familiar Christmas songs.

Prague is a city of music and it makes you want to listen, sing, dance, applaud and go back to here more.

Musicians Around the World

A Bottomless Vortex of Books 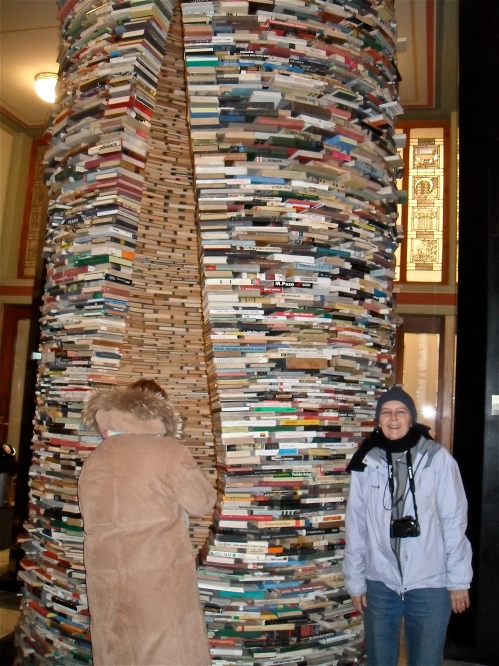 This has to be my favorite sculpture of all time. It’s called Idiom and is by Slovakian artist Matej Kren. I’m standing beside it in the entrance to the Prague Municipal Library. We visited the city at Christmas in 2010.

I’ve always loved to read and this art piece reminded me of all the wonderful books I’ve gotten lost in over the years. Here I am at age ten enjoying a novel. Kren uses stacks of books and mirrors to create the illusion of an endless, bottomless vortex of books. Wouldn’t it be heavenly if a person actually had time to read all those books?I’ve been wondering what my own personal Idiom sculpture might look like if I created one with all my favorite books, or perhaps one with all the books I have read and all the books I still hope to read.

Other posts about art made from unusual things……….