Listening To My Son’s Radio Show

Some of you may remember that my word for the year is ‘listen’ and so I thought it might be time for a little update on my progress.  One of the things I’ve been listening to every week in recent months is a radio show my son hosts on CKUW 95.9 FM called Binky Pinder’s Fun House.

On his show, Bucky has introduced me to lots of new music I would never have listened to otherwise.  Bucky is a professional musician and before the pandemic toured and performed with his band Royal Canoe at venues around the world.  He knows quite a number of the performers featured on his radio program personally or has performed at the same musical events with them. So it is interesting to hear his commentary and stories as he introduces the various artists.

He also connects many of the songs to personal experiences and so I am learning some new things about my son as I listen to the show.

During a multi-episode series, we listened to the songs that were in Bucky’s top ten rankings each year for approximately the past decade.  During another series, the radio show toured North America vicariously.  We stopped in at various cities along the way to listen to music that originated in that particular city.

I listened to a show with just instrumental music, another with loud music, one with quiet music, and another where Bucky interviewed different people who are devoted fans of the album Left and Leaving.  It is by the Winnipeg band The Weakerthans.

One October program had songs that featured the autumn season in some way.  In a recent show,  Bucky interviewed Free Press columnist Ben Sigurdson and several other guests about their affection for an album by Radio Head called Kid A. 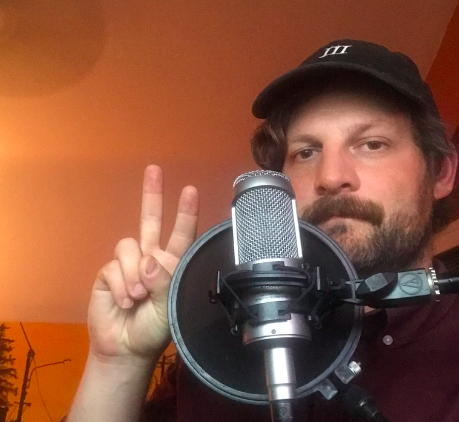 I look forward to having my musical tastes enriched and often challenged each week when I tune into the program.  Here are just two examples of the songs my son has introduced me to that are now part of my music library.

Some of the words of this song are just what our world needs right now.

You gotta be good.
You gotta be strong…..
And time will show the way
And love will shine today
Muscle n’ Flo by Menomena
Some of the words of this song really spoke to my time of life
Oh in the morning,
I stumble my way towards the mirror…….
Face just what I’m made of.
There’s so much more left to do,
Well, I’m not young, but I’m not through.
Other posts……….
Word of the Year 2020
The Pandemic in Six Words
Six Things That Help Me Stay Positive About the World