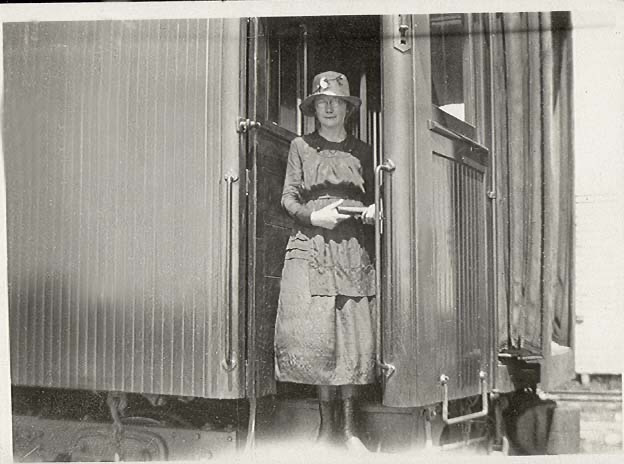 I never met my great aunt Alma Schmidt Neufeld. She was my grandfather’s youngest sister and by the time I was born, she had moved to British Columbia. Before she passed away in 1997 Alma dictated an account of her life to her granddaughter Wendy.  I found a copy of her memoir while helping one of my aunt’s move into a personal care home.

The first paragraph of Great Aunt Alma’s story talks about her family’s immigration journey from Newton, Kansas to Humboldt Saskatchewan.

Alma as a child

Aunt Alma was only six years old at the time. She said that three of her brothers Will, Ed and Peter had travelled by train with the family livestock but…….. “When Will and Ed got to Humboldt Peter wasn’t with them. Mother and Dad were sure worried.  Peter’s car had been left behind somewhere.”

It was those words of Great Aunt Alma that gave me the idea for my novel.  I would create a story about what had happened to my grandfather Peter when his train car got left behind somewhere.

I thought it would be great to have a photo of Great Aunt Alma perhaps to include in the afterword of my book, but no one in my extended family seemed to have one.  I was able to find Aunt Alma on the Grandma Online Mennonite Geneology Site. There I learned who her granddaughters and great-grandchildren were.  I looked them up on Facebook and through a great-granddaughter found Aunt Alma’s granddaughter Wendy.  She graciously sent me these wonderful photos of Alma. 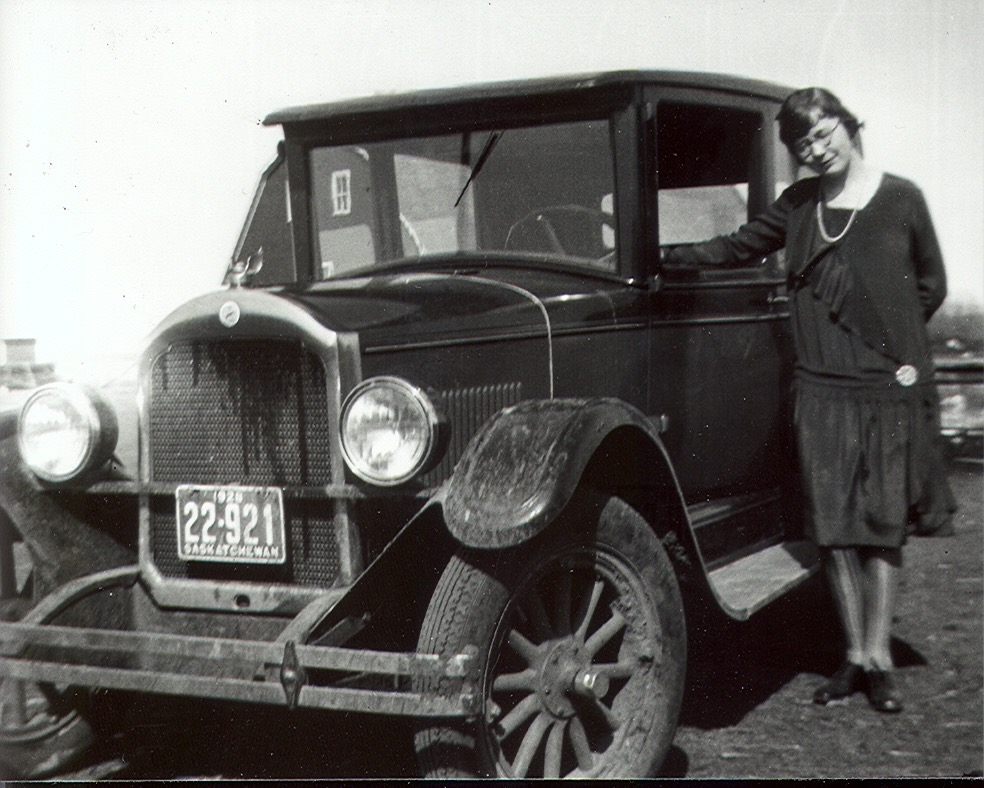 Aunt Alma with her family’s car

My book ends when Peter is reunited with his family but Aunt Alma has lots of marvellous details in her memoir about how her family built a sod hut upon their arrival in Saskatchewan and lived in it for five years before they could afford to build a house. She writes about the danger of prairie fires and the horrible mosquitoes. She recounts the time that lightning struck their homestead and the Sunday morning they took their horses to church not realizing it was 70 below zero. ( I looked this up and in February of 1907 during Alma’s family’s first winter in Saskatchewan there actually is a -70 temperature on record in Saskatchewan.)

Aunt Alma with a class of her students

Aunt Alma taught for quite a number of years and loved her job.  She married in 1932 and had to move often because it was difficult for her husband to find work. Alma did not have an easy life. Her husband left her and her two children in 1943 to join the airforce and after World War II, they divorced.  Alma’s daughter Vivianne predeceased her. 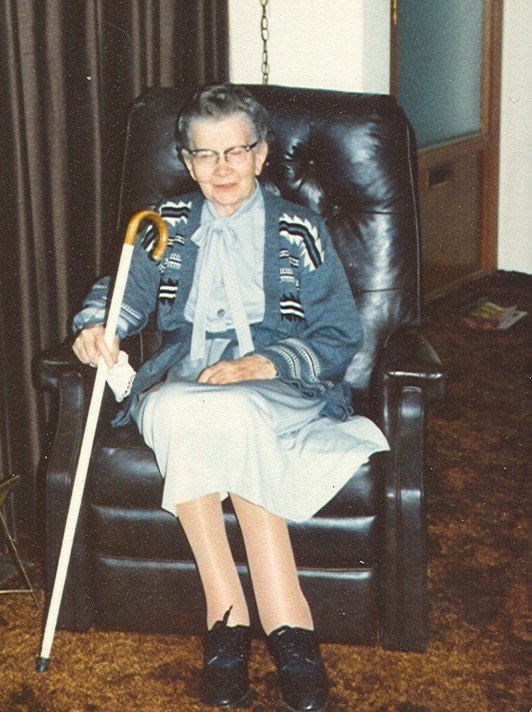 Alma was declared legally blind in 1956.  Despite this, Alma continued working at various restaurant jobs and eventually for the CNIB. The tone of her biography is quite upbeat and positive.  In a copy I have of the eulogy given at her funeral, her granddaughters recall happy times with her. 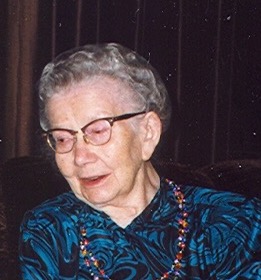 I am so grateful to Aunt Alma for telling her story and giving me the idea for a story of my own.

Lost on the Prairie

Filed under Lost on the Prairie

Tagged as alma schmidt neufeld, lost on the prairie by marylou driedger