While we were waiting for the Royal Canoe show appropriately named Glacial to start down at The Forks on Friday night I thought to myself, when my son was born who would have thought that someday I would be watching him play in a well known Canadian band performing a concert for thousands of people in a kind of glacial fortress creating music on instruments made of ice? How ‘cool’ is that? 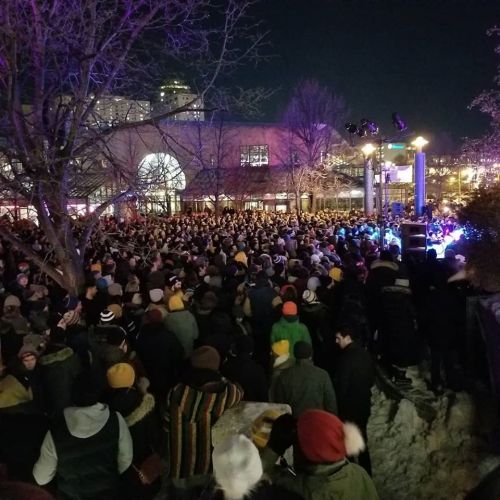 The crowd at The Forks on Friday night. -photo by Les Brandt

I have to admit when our son first told us what his band was undertaking with this concert I wondered, as they themselves admitted in several media interviews, if perhaps they had accepted a challenge for something that was a little too ambitious. 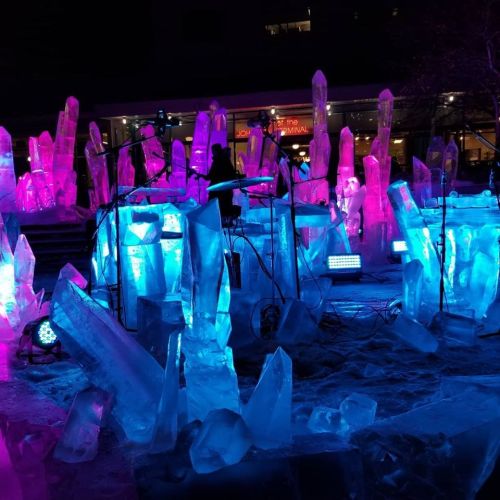 But with lots of ingenuity and creativity and support from their friends in the music industry who helped them in a variety of ways and expert advice from ice architect Luca Roncoroni they pulled it off wonderfully.

I was curious which of the songs from their large repertoire they would perform and I was very pleased that among the wide variety of music they played they chose my very favourite tracks from each of their recordings Exodus of the Year from their album Today We’re Believers, Walk Out On the Water from Something Got Lost Between Here and the Orbit and Rayz from Waver.

The band getting set up before the show

We got down to The Forks early and had dinner with friends. 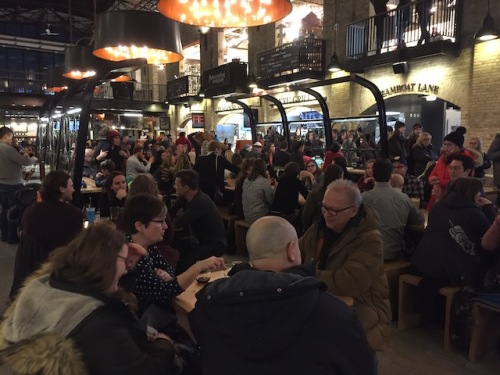 The place was packed with people enjoying food and drink before the free performance at 7 pm.

It was neat to see families there and people from every age category out to enjoy a Winnipeg evening that was just cold enough so the ice instruments and beautiful stage set didn’t melt but not so cold that standing outside for just over an hour to listen to the music didn’t freeze your toes.

During the show, the band members explained how the various instruments had been constructed and how the sounds of ice breaking, scraping and smashing had been created and recorded in the garage at our son’s home. According to a CBC article, our son’s drum pads were hooked up to guitar pedals embedded in ice blocks.  It was cool to see the ice blocks light up whenever he hit them.

There was a light show on the walls of the Johnson Terminal behind the band and the ice set designed by Luca Roncoroni was stunning! 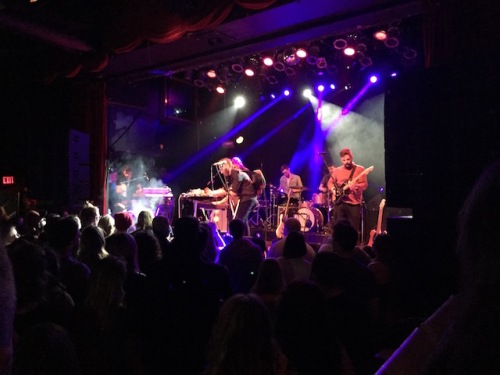 Royal Canoe performing to a full house in Toronto

I’ve been to Austin Texas to watch Royal Canoe play in the South by Southwest music festival.  I’ve been to New York to see one of their shows.  We had a family reunion in Regina when Royal Canoe performed at the Folk Festival there. I’ve been to Toronto’s  Mod Club to see them perform during Canada Music Week and I’ve watched them play to a sold-out concert hall with the Winnipeg Symphony Orchestra.

I’ve been to album releases at the Burton Cummings Theatre and seen Royal Canoe at the Winnipeg Folk Festival. I’ve watched them on the stage at the Forks in summer performing for a massive audience in a show with the Crash Test Dummies but I have to say Glacial was in a class all its own. 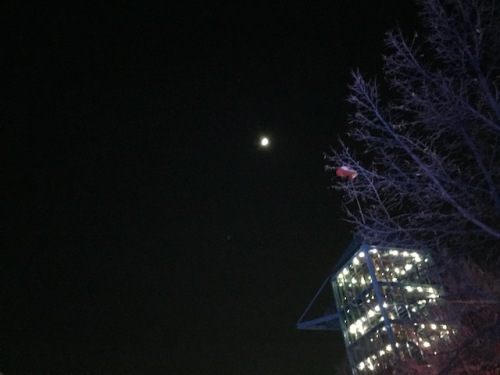 It was a clear moonlit night for the show. Many people had climbed up the tower at The Forks to get a better view.

It was an amazing evening. So creative and so cool!

You can watch a great video here where the band members explain how the ice instruments work and then sing Walk Out On the Water one of their hit songs.

The Winnipeg Free Press did an in-depth feature on the show they headlined The Icemen Cometh with lots of photos.  You can read that here.

A Fun Evening in Toronto

My Husband is Famous

One response to “So Cool!”