Getting Involved at the Human Rights Museum 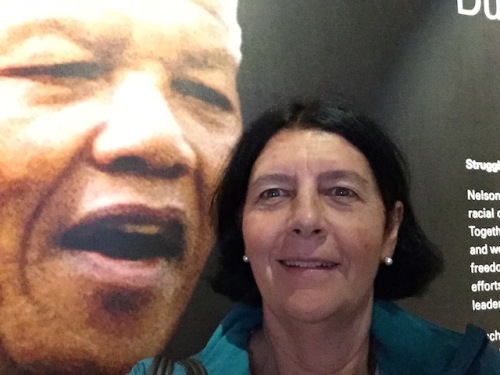 One of the things I really liked about the Nelson Mandela display at the Canadian Human Rights Museum in Winnipeg is the way it provides the visitor with a variety of experiences to draw you into the story of the fight to end apartheid in South Africa.

You can sit on a park bench clearly labeled For Europeans Only and read information about what it was like for a black woman to work as a domestic servant or a black man to be a miner in Johannesburg. Photos show how they were given unsanitary cramped living quarters and made to wear an identification bracelet with a number assigned by their employer. 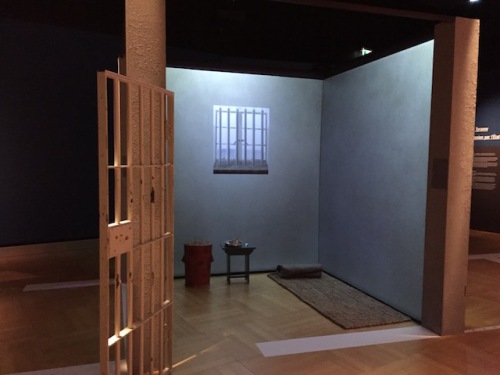 You can stand in a cell like the one where Nelson Mandela was incarcerated for twenty- seven years. As silhouettes of Nelson appear on the walls you almost feel like you are with him on Robben Island where he was imprisoned because of his activism and leadership in the anti-apartheid movement.

You can sit on chairs in a secret hideout and watch Nelson Mandela do a television interview with a British journalist at 2:00 am in 1961. 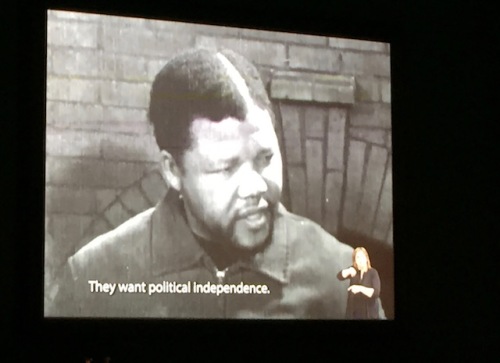 Mandela had gone underground after been convicted of treason for his peaceful protests against apartheid. 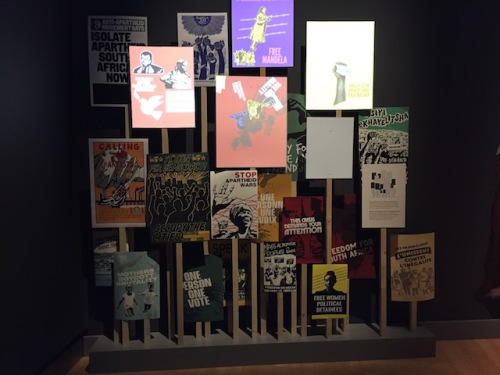 You can make a poster.  A display features a whole variety of posters that helped to advance the ideals of the anti-apartheid movement.

On an interactive board you can choose from many different options to create a background, wording and illustrations and create an anti-apartheid poster of your very own. If you take a photo you could even print up your poster at home.

You can write a letter.  As you leave the display you watch young South Africans share their hopes and dreams for the future of their country.  After being inspired by what Nelson Mandela did to bring about change in his community you have the opportunity to write a letter saying what you will do to change your community for the better. Letter writing paper, felt markers and even colorful envelopes are available and once you have written your message you can either keep it or ‘mail’ it to the world in the mail slot provided.

The Nelson Mandela exhibit is informative and thought-provoking and provides opportunity for hands on involvement.  Since experiencing the exhibit I’ve been thinking a lot about how the South African colonizers knew ending apartheid would also end their comfortable and successful way of life. Their story reminds us that people are always susceptible to following their basest instincts of self-survival and self- promotion even if that damages others and is not fair or ethical.  Sadly it is still a timely message in our present day.

Not the Harlem I Expected