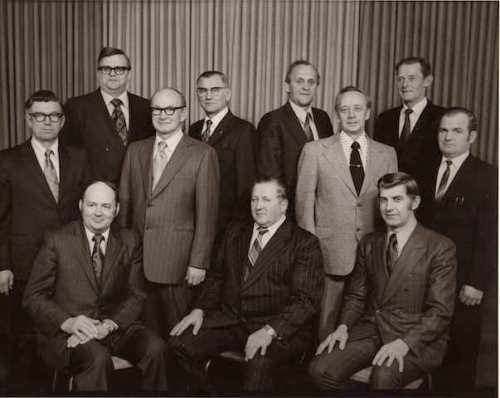 Here is a photo of the board of trustees of the Hanover School Division in the 1960s. This is the school division where I attended school and worked almost my entire career as a teacher.

Here is a photo of the current board. Notice any difference? This second photo includes three men who serve as the division’s superintendents. If you factor that in it means that in 2018 there are more female trustees than male trustees.

In an interesting article called Why Women Need to Be Elected to Office writer Dawn Hucklebridge notes that the United States has an abysmally low record when it comes to electing women to political office compared to other countries. But the one exception is that women comprise 40% of elected officials on school boards.

The article suggests that women’s desire to serve and make a difference on school boards should make those boards fertile ground for candidate recruitment for other offices. Women who have served on school boards view political office as a way to fix problems and improve their communities. And those are exactly the values needed in higher political office.

Are You This Determined to Vote?