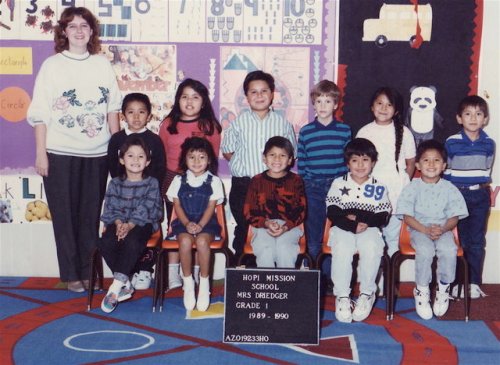 My grade one class in our Hopi school

Our family lived for a year on the Hopi Indian Reservation in Arizona and taught in a school there run by the Mennonite Church. It was a wonderful opportunity for us to explore Hopi faith and culture. We were invited to many dances and community events in the villages where our students lived.  Our younger son was a participant in Hopi Head Start and this gave us a chance to spend lots of time with other young parents and learn how their spiritual beliefs had guided their lives and guided the life of their people for thousands of years. 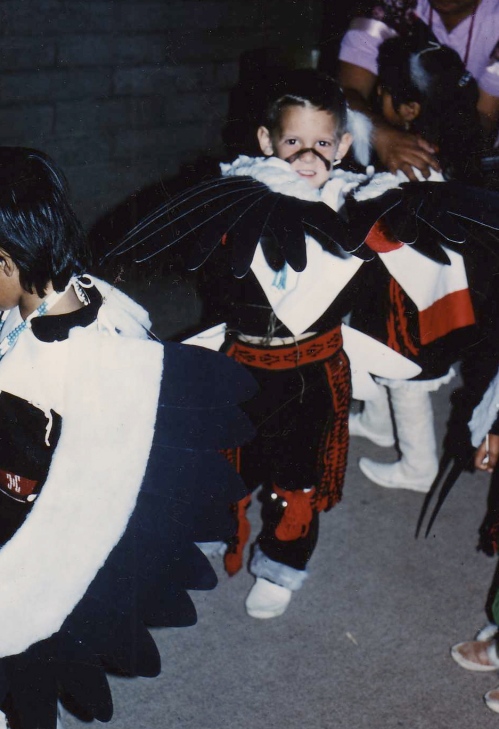 Our son ready for the eagle dance

When our son’s Head Start group was asked to do the eagle dance at a religious gathering the other fathers helped Dave make our son’s giant eagle feathers, taught Dave to sing the song that would accompany the dance and included him and our son in all the rehearsals.  I had tears in my eyes as the elderly Hopi women of the eagle clan tenderly brushed the feather’s on our son’s back as he finished dancing with his friends. The Hopi religious ceremonies were so colourful and full of music and drama and dance and gift-giving and eating and intergenerational teaching and relationship building.  I often stopped to think about how austere my own faith’s worship practices were in comparison. And there were many common threads. 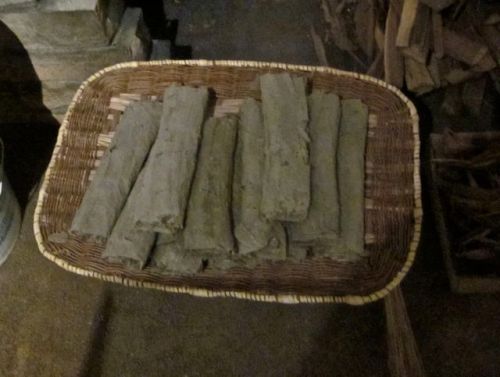 Traditional piki bread made by the Hopi from blue corn

Just as we said grace before a meal the Hopi took a tiny bit of food from each serving dish on a table and placed it in a bowl outside the door on the ground as a thank you to the spirits. Just as we dedicate babies in our churches they had meaningful and celebratory baby naming ceremonies to which we were invited.  We baptize young people in our faith and they had special ceremonies in their kivas to induct teens into their kachina society. 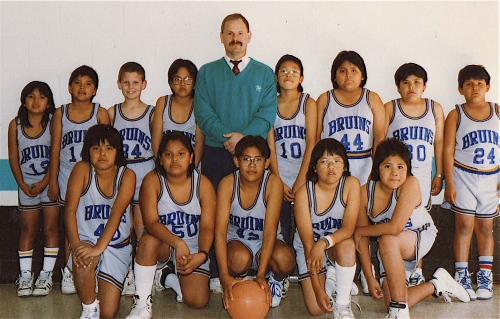 My husband with the Hopi basketball team he coached

Dave who taught and coached this age group at the school was even invited to attend one of these initiation ceremonies.  His willingness to do that and our readiness to participate in Hopi dances and allow our son to do so was questioned and criticized by some church members.  They warned us to be wary and careful about getting over-involved in Hopi spirituality but we figured if we were teaching the children about Christianity at the school we needed to be accepting of the invitations they gave us to learn about their spirituality. 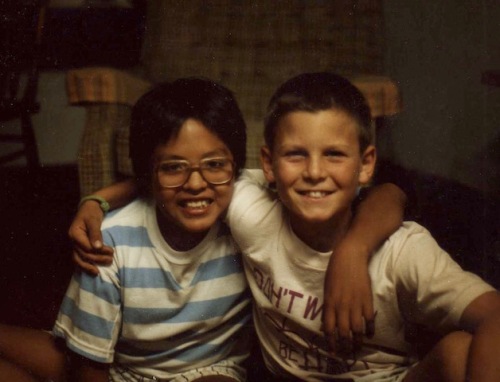 Living among the Hopi people for a year was a memorable experience for our family. We learned there were many common threads between our faith and the faith of the Hopi. We saw God in our Hopi students and their families and their insights, traditions and practices helped us embrace God’s mysterious presence in the world.

One response to “Common Threads- The Hopi”