A Fascinating Conversation in a Tiny Wine Shop in Lisbon 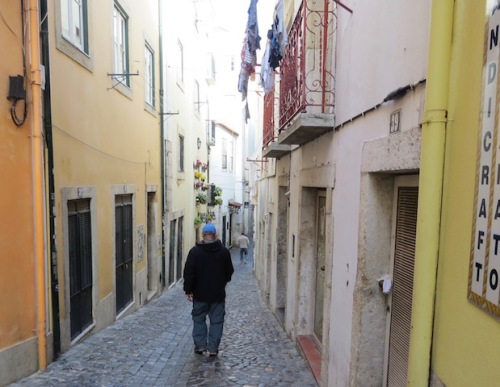 We were winding our home after our walking tour of Lisbon when Dave decided to pop into a little wine shop.  He had been wanting to buy some port in Portugal. On our tour we had heard that Lisbon was also famous for a cherry liquer called Ginja and Dave wanted to try that too. The wine shop advertised free port tastings and the owner quickly cleared a table for us to have a sample.

It wasn’t long before before we were joined by a father and daughter from Utrecht, Holland and an American psychiatrist from the midwest. The ensuing conversation was marvelous.  We started off chatting with the people from Holland about how our ancestors had originally lived in their country and they told us a little about the weather and culture of their home and the family holiday they had been having together in Portugal. Then Dave, ever the history teacher, asked the Dutch folks from Utrecht about The Treaty of Utrecht which they had never heard of.  The psychiatrist knew all about the treaty though and chimed in with his insights and that got a conversation going about the relationship between Portugal and Holland. Eventually I got up to take a photo and said, “Isn’t this great? People from three different countries all in this tiny place in Lisbon sampling port and visiting.” The owner of the wine shop piped up and added, “Four countries.  I was born in Mozambique.”

After a while the Dutch pair had to leave to catch their plane home but by this time I had gotten into quite the conversation with the psychiatrist who had stopped off in Portugal on his way back to the United States from Berlin where he’d been working on a paper about the similarities between psychotic and religious experiences. His side trip to Portugal was to help him get over the break up with his fiancee, a Luther scholar, which led me to tell him about the paper I wrote in college comparing Luther and Loyola and how students at that college shared their written opinions on a bulletin board called The Wittenberg Door.

The psychiatrist had been to Wittenberg with his former fiancee, and for some reason he decided to pour out his heart to me and I heard a long story about his mother’s cancer diagnosis, his fiancee’s sudden change of heart about ever having kids which led to their breakup, his former romance with a professional musician who plays in a Central American symphony orchestra and his worries about getting older and now needing to find a new partner who would want to start a family with him. 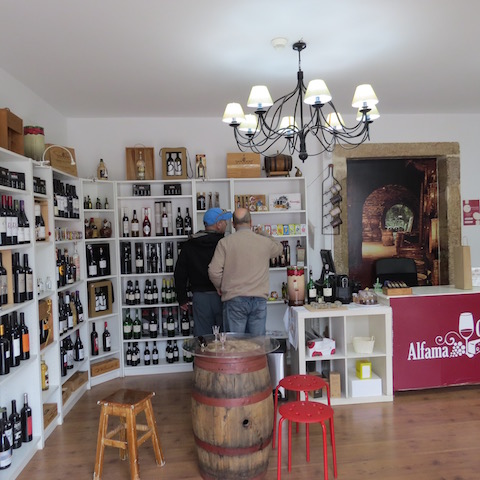 After the psychiatrist went on his way, the shop owner helped Dave pick out his port and Ginja liquer and told us about his family’s experience being expelled from Mozambique after the country declared its independence from Portugal. Most people lost everything as they fled the country. You never know who you will meet or what stories you will hear when you step into a little wine shop in Lisbon!

The World is Full of Interesting People

Our Guides in Asia