The Song My Paddle Sings

Be strong O paddle!  Be brave canoe!  The reckless waves you must plunge into!

That’s a line from a poem by Emily Pauline Johnson called The Song my Paddle Sings.  At their most recent concert featuring Canadian composers, the Winnipeg Singers performed a musical version of the poem.  Listening to them brought back lots of memories for me. 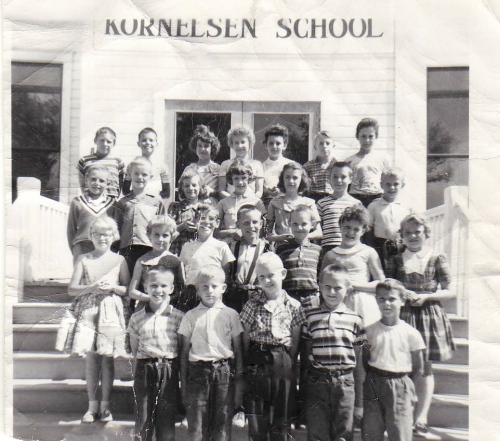 My grade four class at Kornelson School. I am third from the right in the last row.

My fourth-grade teacher, Miss Toews, made me memorize the poem The Song My Paddle Sings and I recited it during a parents day performance.  I still remember every line of the poem that tells the story of a sailor going from calm waters to churning rapids and back again.

Emily Pauline Johnson was a Mohawk poet who became famous as a touring artist. She went across North America reciting her poetry.  Her father was a First Nations chief and her mother an Englishwoman so Emily grew up influenced by two different cultures.  Her aboriginal name was Tekahionwake.

I used to do a unit of Emily Pauline Johnson poems with my grade eleven English classes.   Although The Song My Paddle Sings is about a nature experience Emily did not shy away from writing about controversial issues as she did in her poem A Cry From An Indian Wife where she looks at who really owns Canadian land.

Emily was featured on a Canadian stamp in 1961 and was one of the Canadians under consideration for the first woman to be featured on a bank-note in 2018. She wasn’t chosen but her poetry lives on in people’s minds and hearts and also in music like the beautiful piece I heard at the Winnipeg Singers concert.

Tagged as emily pauline johnson, the song my paddle sings