A woman whose face has been damaged irreparably by acid gives a lesson in make up application.

We went to the Cannes Lions Commercials show at the Winnipeg Art Gallery recently.  There were many excellent advertisements in the line up but the images I saw in two are still with me many days later.

The commercials featured a woman named Reshma who has a face grotesquely scarred by an acid attack.  In the first she gives a lesson in applying lipstick and in the second she shows viewers how to put on eyeliner.

The ads draw attention to the fact that in India there are more than a thousand acid attacks on women a year.  Women have acid thrown in their faces as revenge for rejection of a marriage proposal or sexual advance.  Some attacks are due to religious differences, conflicts over property or are gang related.

I found a website called Stop Acid Attacks that details the problem and presents demands for stopping it. Some hopeful signs are a Supreme Court decision that hospitals in India are obligated to provide care to victims and victims will receive some compensation. Last year the Duke and Duchess of Cambridge visited with victims of acid attacks on a trip to India thus drawing much-needed attention to the issue. 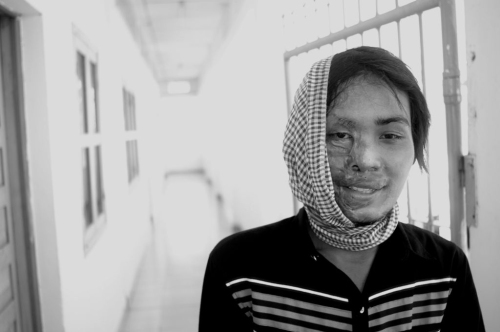 Acid attacks don’t only happen in India they are a problem throughout South East Asia.

One response to “Hard To Watch”