Home is Where the Light is

We stayed in Bonavista for two nights and while there 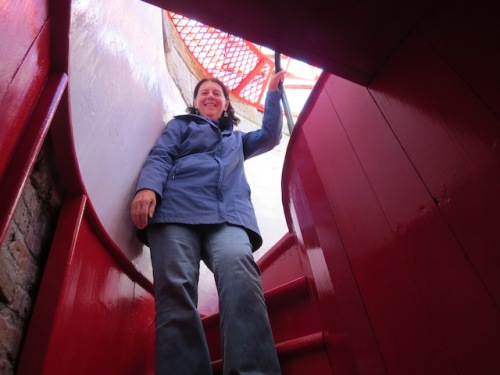 we took a tour of the Bonavista Lighthouse which was built in 1843.

Bedroom of the lighthouse keeper and his wife

Some lighthouse keepers and their families lived right in the lighthouse providing ready access to the light in all kinds of weather.

We climbed to the top of the lighthouse

to see the seal oil fueled light apparatus from Scotland that was used in the 1800s.

The first keeper of the lighthouse was Jeremiah White. He and his wife Mary had four children Matthew, Nicholas, Joanna and Thomas.  Thomas succeeded his father as the lighthouse keeper and then Thomas’ son Frederick replaced him.

Apparently it was not uncommon for lighthouse keeper jobs to pass from one generation of a family to another.

I imagine if you were born in a lighthouse and grew up in that life it was familar to you and you saw it as comforting and natural for you to continue in it.

Children’s bedroom in the lighthouse

There were lots of tasks involved in keeping a lighthouse and a lighthouse household going….. polishing glass, filling lamps, hunting for food, tending the garden, caring for livestock, painting the lighthouse, chopping wood for fuel, maintaining equipment, watching the waves and keeping weather pattern records. The lighthouse keeper’s family helped out with this work, so they learned about the profession.

These shelves held marine flags used to send messages from the lighthouse to ships.  An International Code of Signals was developed in 1857 that allowed ships and lighthouses to exchange messages.  The code book on the table showed what combination of flags to hoist to send a certain message.  These messages might be about a medical emergency on board, the condition of a harbor, the break out of a fire or a disabled vessel.  The lighthouse keeper needed to be able to understand the code in order to send and receive messages from ships.

The knowlegeable guides at the Bonavista lighthouse helped us learn lots of interesting things about lighthouse keepers. Being a lighthouse keeper was a respected job that required responsible, skilled and independent people who shared their often isolated life and hard work with their family. 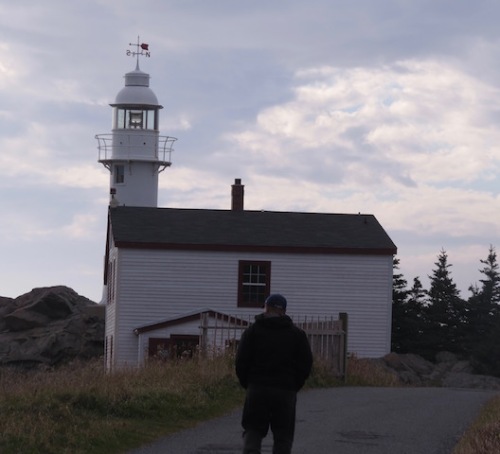 At another lighthouse we visited in Rocky Harbor a sign outside the building said, “Home is where the light is.” For many lighthouse families in Newfoundland that was uniquely the case.

The Light Between Oceans

Hiking the Trail of a Ruthless Warrior