This past week President Obama visited Hiroshima, the first American president to do so since the United States dropped an atomic bomb on the city in 1945. The many photos of Hiroshima in the media reminded me of our own visit to the city. 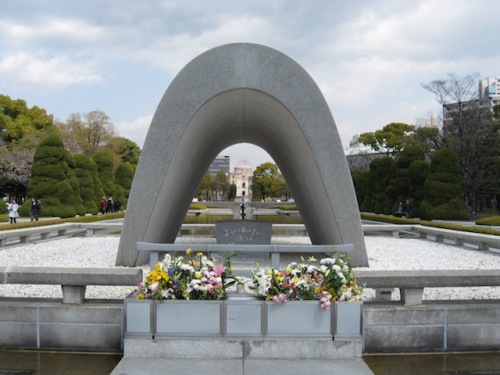 This cenotaph holds the names of all the people killed when the bomb was dropped on Hiroshima.  The arch shape represents a shelter for the souls of the victims. 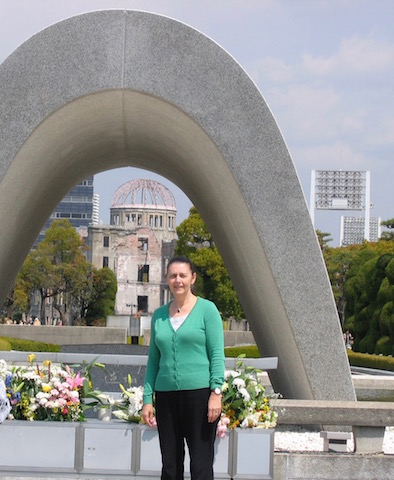 The epitaph on the cenotaph says “Let all souls rest in peace for we shall not repeat the evil of war.”

I’m ringing the Peace Bell in the Hiroshima Peace Park. Visitors are encouraged to ring the bell as a symbol of their desire for peace in the world. The surface of the bell is a map of the world without country boundaries and the inscription on the bell says “Know yourself.”

The Yesterday Coffee House in Hiroshima featured many varieties of coffee to be enjoyed while listening to Beatles music.

At a  bakery we discovered bread baked with the city of Hiroshima’s name in the crust. 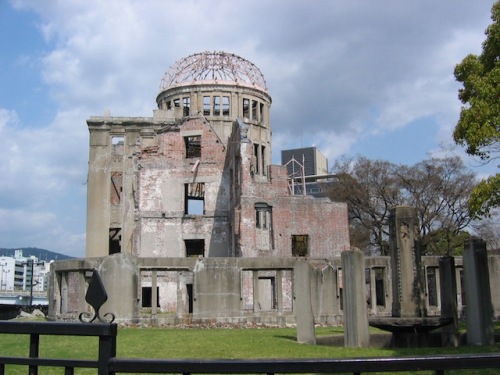 The Hiroshima Peace Memorial or Atomic Bomb Dome was named a World Heritage Site in 1996.

The ruin serves as a memorial to the 70,000 people who were killed in the atomic bombing of Hiroshima as well as another 70,000 who suffered fatal injuries from the radiation. 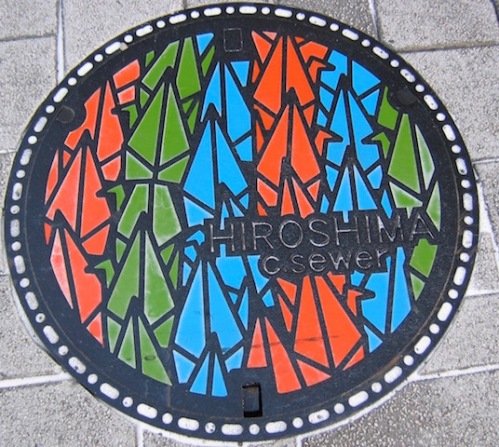 These kind of artistic sewer access covers can  be found in cities throughout Japan.

The cherry trees were just starting to bloom in Hiroshima during our visit.

Dave watches okonomiyaki or Japanese pancakes being made for us in a Hiroshima restaurant.

We listened to a singer on the streets of Hiroshima.

In the Hiroshima Peace Museum Dave learns more about the factors that led to the bombing of Hiroshima.

The Atomic Bomb Memorial Mound contains the ashes of 70,000 unidentified victims of the bomb.

When the Coin Rings Luck Springs