There’s a steel sculpture painted in psychedelic colors just two blocks from our home called Grain Is King. It is a very appropriate art work to have in the Exchange District since our area of the city gets its name from the fact that the Winnipeg Grain Exchange was thriving here at the turn of the century.

Sheaves of grain are cut into the art work’s body and apparently if you crouch down and look through them from the back you can see the corner of Portage and Main streets which is the busy central hub of Winnipeg. The plaque on the sculpture’s base says, “Grain has built this town and has driven the economy of Winnipeg for many years.” 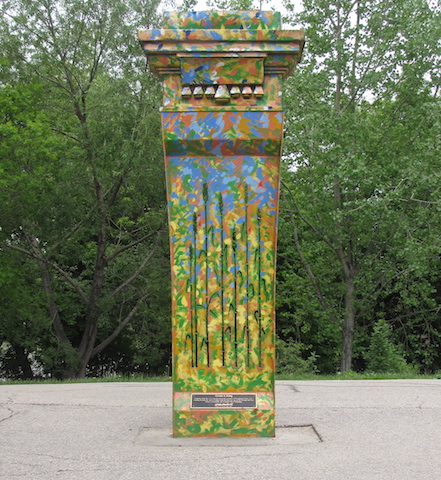 The man responsible for the sculpture is Jordan Van Sewell. He’s been working as an artist for thirty years and cites musician Frank Zappa and comic book creator Charles Schultz as influences.

Unfortunately there is a bit of graffiti on the back of the sculpture but luckily Van Sewell’s multi-colored exterior provides great camouflage so the graffiti is hardly noticeable. 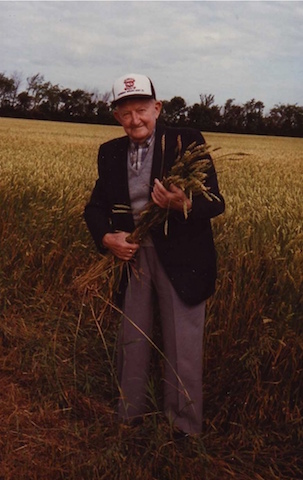 The sculpture Grain is King made me think of this photo my Aunt Mary took of my grandfather, Diedrich Peters, who was a grain farmer in southern Manitoba. The grain he grew no doubt passed through Winnipeg many times on railway cars. 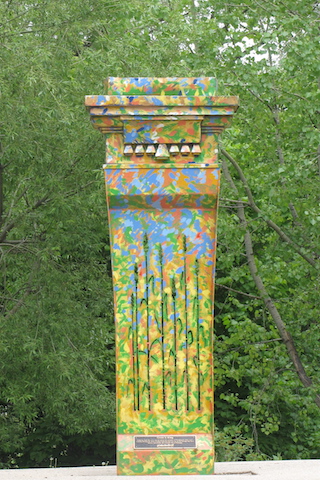 Grain is King is a good reminder of the agricultural products that were the foundation of the economy of the city of Winnipeg for so many years.

A Roof With A View