Howler Monkeys, A Psychedelic Bus And An Uphill Climb in Tamarindo Costa Rica 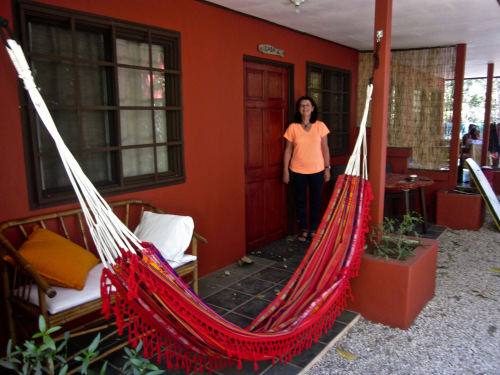 On Tuesday we left our lovely little Casa in Playa Grande 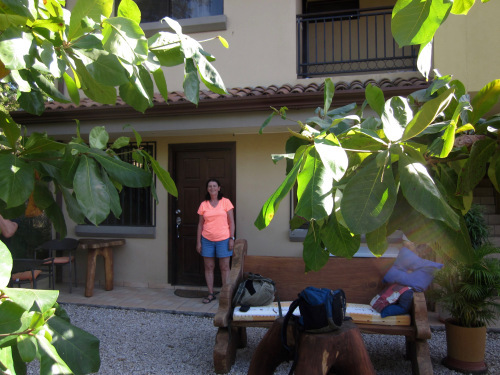 and moved to our new casa in Tamarindo. 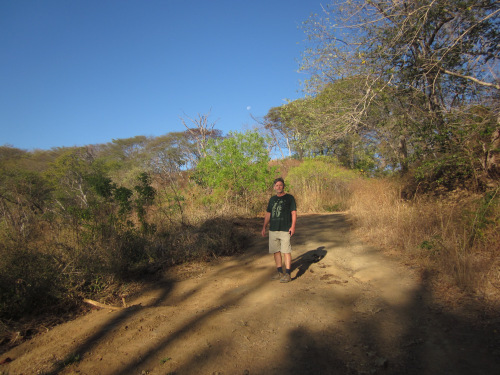 On Wednesday morning my brother Ken and I set off on our first walk in our new location.  We have gone for an early morning  walk every day in Costa Rica. This time we decided to ‘head for the hills’ behind our place on the outskirts of town. 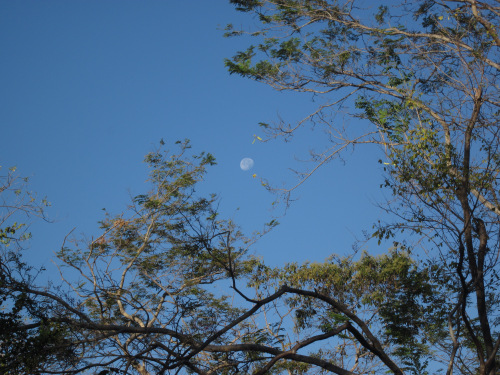 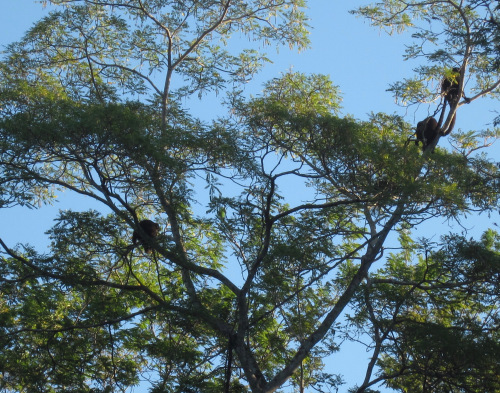 We were stopped a couple more times along the way by more howler monkey choirs. Click on the photo above if you want to hear the howler monkey sounds I recorded. 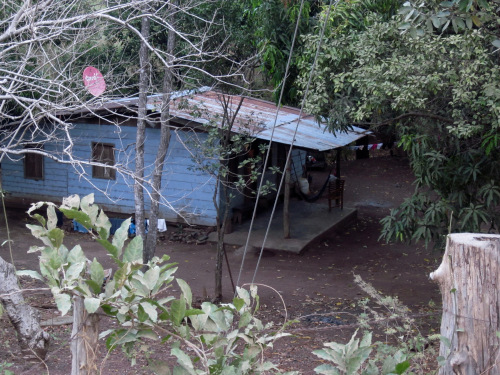 The town of Tamarindo is a bustling, touristy community so it was nice on our walk to see some solitary, quiet local farms. 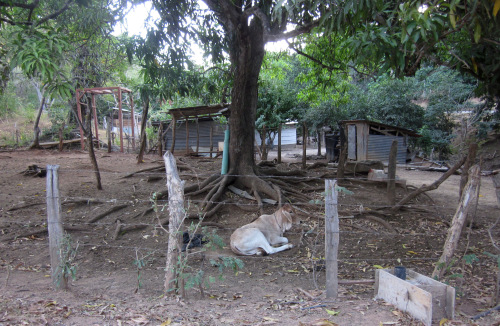 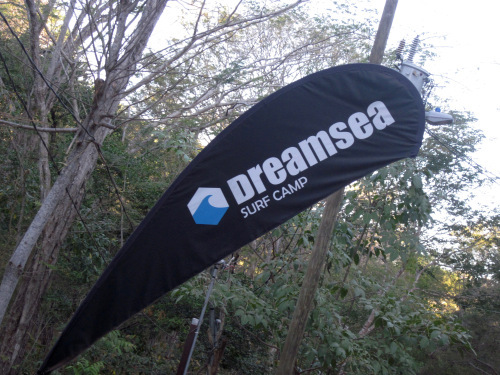 After we walked past the farms we came upon a surfer camp in the middle of the trees. 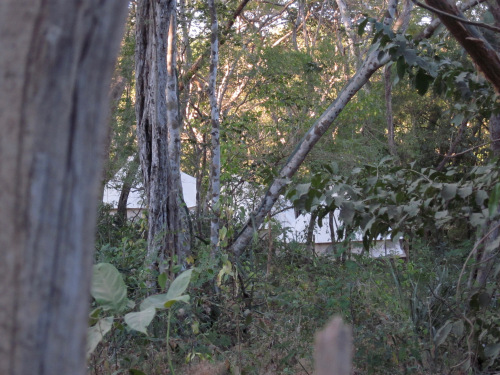 There were tents pitched there that resembled gigantic canvas yurts. 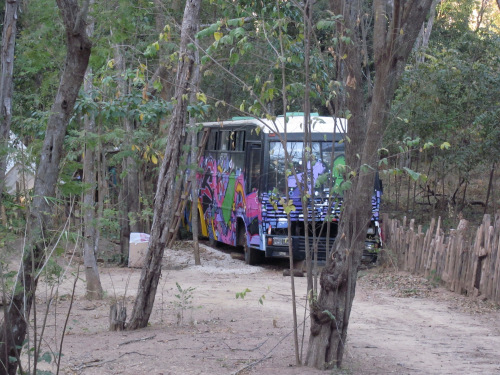 This psychedlic bus on the yard looked liked something straight out of the 60s. We guessed someone must be living in it now because it didn’t look like it would be able to drive anywhere. 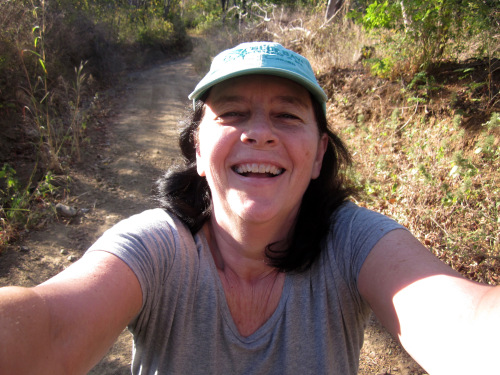 The road we were following suddenly began to incline sharply and we realized we were now truly heading up into the hills. It was a much steeper climb than we’d thought and we were pretty exhausted by the time we reached the top of the highest hill. 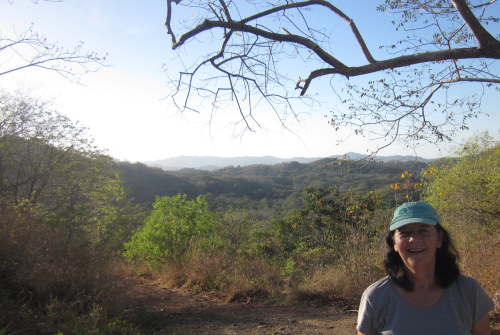 But the view down into the valley below made the climb totally worth it. 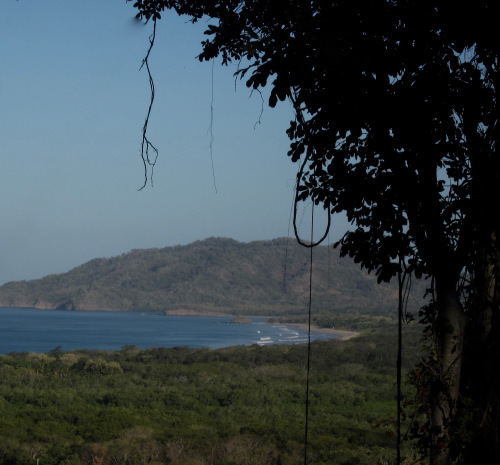 From the top of the hill we could see the three beaches we had hiked last Sunday far in the distance. 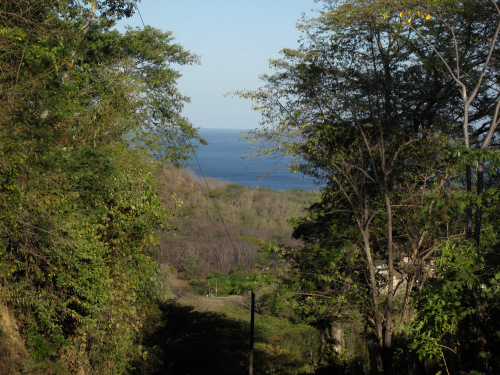 Then we began our steep walk down to the ocean.  It was pretty treacherous. Lots of loose gravel and sand. We had to walk slowly and carefully not to slide down. 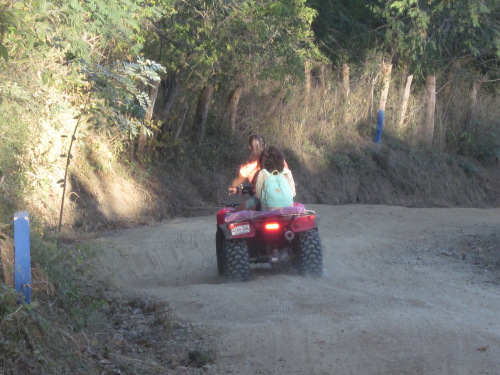 This Mom on a quad was taking her daughter downhill from one of the farms near the top to meet the school bus at the bottom of the hill. 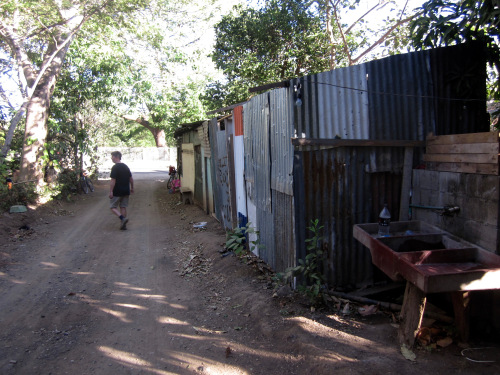 At the bottom of the hill we found ourselves in a barrio where some of the working class people of Tamarindo live. 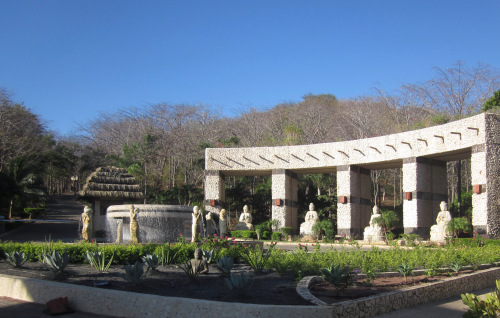 In sharp contrast just minutes later we passed the entrance to Casa Bali an 18,000 sq. foot luxury villa with eight bedrooms and several pools available for rent to discerning clients. The house comes complete with a personal chef, chauffer and concierge. 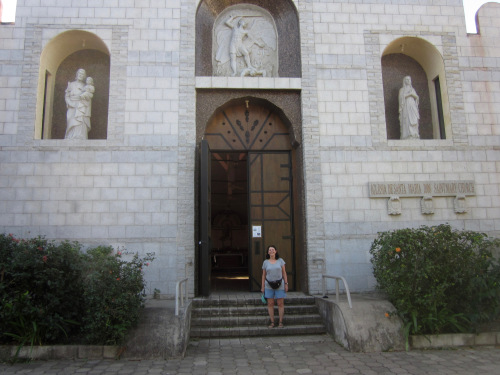 As we walked through Tamarindo we saw the beautiful Iglesia de Santa Maria, a Catholic church.  We went inside and I stopped to say a prayer for my family before we continued on our way.

We arrived back at our casa two and a half hours after we left.  Our morning walks so far in Costa Rica have been about one hour so this was an abnormally long expedition but an interesting and very enjoyable one.

Inspiration on a Walk Into Sedona

Taking A Cowboy on a Walk

2 responses to “Howler Monkeys, A Psychedelic Bus And An Uphill Climb in Tamarindo Costa Rica”