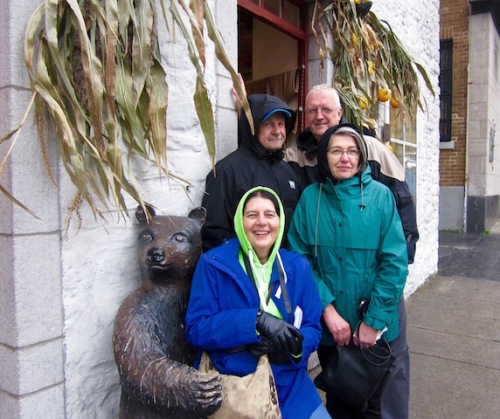 BRRRRR! We did a four-hour walking tour of Old Quebec City yesterday and as you can tell from this photo it was cold!! 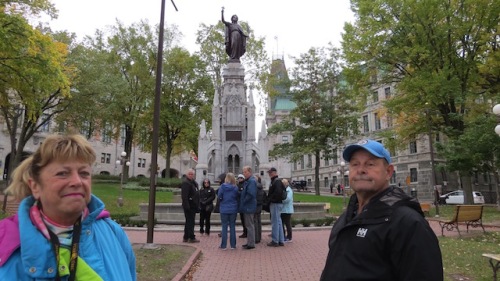 Janet our knowledgeable tour guide helped us get a good sense of Quebec City’s history, geography and gave us advice about places we might want to visit and great places to eat, shop and explore during our week in this city of half a million people. 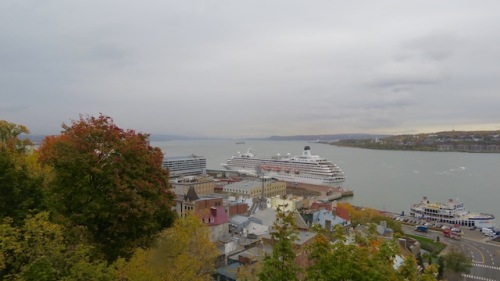 We learned that Quebec City is a year round port. In winter ice on the St. Lawrence River is broken up so ships can continue to come and go.

Janet told us that the world famous Cirque du Soleil troupe had their beginnings in a small town near Quebec City and began their rise to fame with a performance they did in Quebec City in 1984 to celebrate the 450 year anniversary of Jacques Cartier’s discovery of Canada.

We learned that while 95% of the people living in Quebec City identify themselves as Catholic less than a third attend a church regularly.

At this statue of Louis XIV our guide Janet told us how the French King had tried to entice French women to come to Canada to marry the soldiers, fur trappers and farmers already living here. He offered the women free passage on a ship, a dowry and a trousseau. Between 1663 and 1673 some 800 women took him up on his offer. They became known as The King’s Daughters. 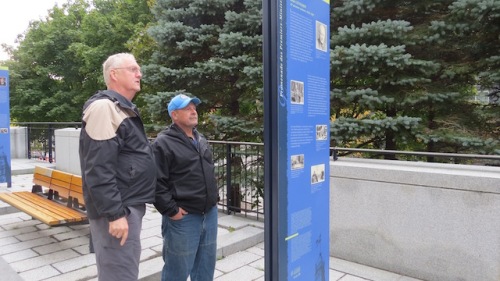 John and Dave check out the biographies of the Quebec premiers which were featured on display boards like this all around the Quebec Legislative Building.

Janet pointed out the  ladders on the roofs of older homes which were used by chimney sweeps who went up on roof tops to clean out the chimneys.  Today they are used by people for cleaning ice and snow off their roofs.

We walked along the city walls.  Quebec City is  the only North American fortified city whose walls still stand. It became a UNESCO World Heritage Site in 1985. 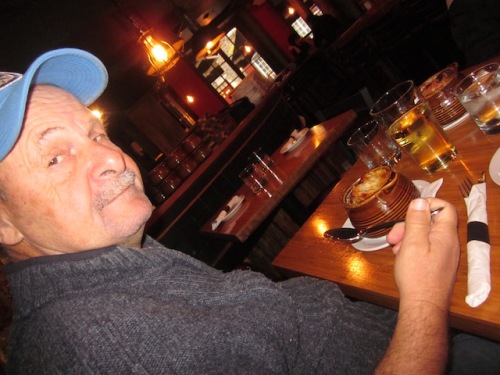 After our bone rattling four hours out in the cold and rain we warmed up with some HOT French onion soup  and…….... 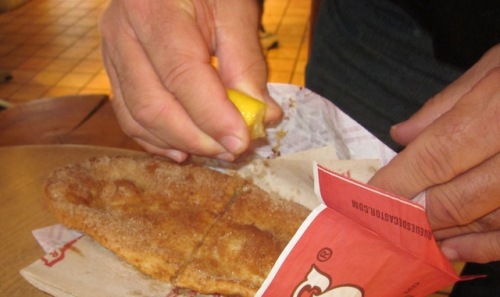 Beaver Tails a pastry that you can choose to have with all kinds of different toppings. We picked brown sugar, cinnamon and lemon!  Divine!

A Great House Haunts Me