I was a twelve year old girl growing up in a small prairie community in 1965, just like Emaline, the heroine of Pamela Porter’s book The Crazy Man. That’s probably why I read the novel in a single gulp. I couldn’t bear to leave the beautifully written free verse story that had so many connections to things I remembered.

I can still see myself sitting in my classroom listening to the special radio broadcast to celebrate the fact that Canada got a new flag in 1965.  So these words of Emaline’s resonated with me.

I also remember learning about Martin Luther King at school and even having a debate about civil rights in class. So I identified with Emaline when she said….

“I saw a picture in the newspaper we get at school about a parade in Selma, Alabama where a preacher named Dr. King and some others marched across a bridge….couple little girls in that picture wore patent leather shoes and coats like they were on their way to church, and they were holding somebody’s hand, marching right towards the policemen.”

When Emaline’s father abandons the family, her mother hires Angus to help run the farm. Angus is a former resident of a nearby facility for the mentally ill. This causes consternation in the community. Emaline says……”Letters in the paper said mental cases shouldn’t be allowed going into our shops and walking around our streets.  They want the police to keep the deranged from creating chaos.” 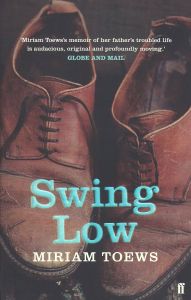 I was shocked at the way people with mental illness were treated and ostracized in the small Saskatchewan town which is the setting for The Crazy Man, but probably that’s the way it was in my hometown too in 1965. Canadian author Miriam Toews who grew up in the same prairie community I did, writes movingly in her book Swing Low about how her father hid his struggle with depression  because of the social stigma attached to the illness.

Last week at my writing group I shared the first draft of what I hope is going to be a series of stories about what life was like in the 1960s for kids.  Suzanne, one of my writing group members, gave me Pamela Porter’s book The Crazy Man to inspire me. It certainly has!

On My Grandparents’ Farm