Here are ten photos I took in different places around the world that remind me of the human cost of war and the need for peace.

I took this photo at the Killing Fields in Cambodia. An estimated 3 million people died there at the hands of the Khmer Rouge between 1975 and 1979

While touring the Peace Museum in Hiroshima I took this photo of a three-year old boy’s tricycle. He was riding it when he was killed instantly along with 70,000 other people on August 6, 1945 the day Americans dropped an atomic bomb on Hiroshima. 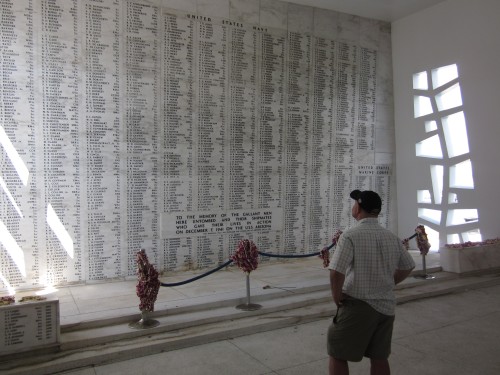 In Hawaii I took a photo of my husband Dave reading the names of the 1,177 men who died on the USS Arizona when the Japanese bombed Pearl Harbor December 7, 1941

I was at the reflecting pool at the 9/11 memorial in New York City when I took this photo.  The terrorist attacks resulted in the deaths of 2, 996 people September 11, 2001

I took this photo of the statue The Disappeared by Paul Epp in Zaporozhye Ukraine. It commemorates 30,000 Mennonites who died in the 1930s in Ukraine due to war, execution, famine, overwork in prison labor camps or being sent into exile in Siberia.

I was walking down Winnipeg’s Memorial Boulevard and stopped to take this photo of a statue honouring Canadian women who have served in the military. 100,00 Canadian soldiers died in the two World Wars  1914-1918 and 1939-1945

My husband Dave took this photo in Tiananmen Square in Beijing at the tomb of Mao Zedong. His Cultural Revolution 1966-1976 resulted in the deaths of  30 million people. 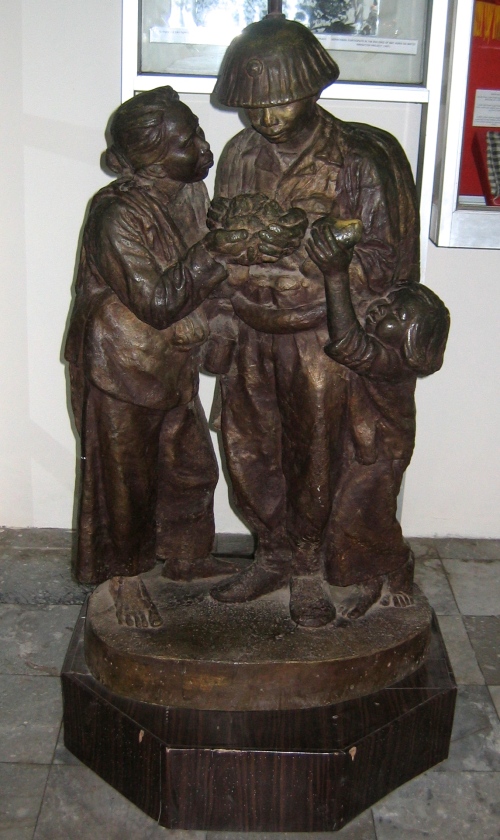 While visiting the Vietnam Military History Museum in Hanoi I took this photo of a sculpture of a Vietnamese mother sending her son off to war.  2 million Vietnamese civilians and soldiers died during  the Vietnam War between 1955 and 1975. 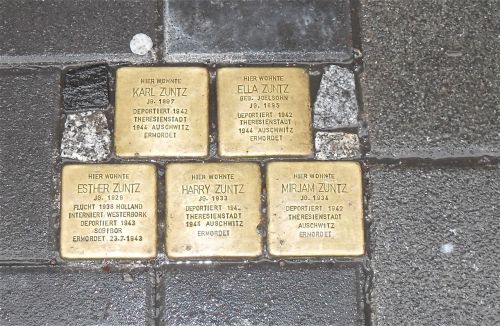 On a walk in Frankfurt Germany I photographed these stumbling stones in the sidewalk. They have been placed outside the homes of Holocaust victims.  You are meant to ‘stumble’ over them as you walk and then stop and read the names of some of the 11 million people who died in the Holocaust between 1941 and 1945.

I took this photo of an unknown Canadian soldier’s grave in the Sai Wan war cemetery in Hong Kong. 288 World War II Canadian soldiers are buried there. Most died in a battle  defending Hong Kong December 8-25, 1941