We celebrated last night at a restaurant called Rocco’s Tacos after two less than perfect vacation days. (Not that we’re complaining. We know what the weather is like in Winnipeg and feel very lucky to be here.) 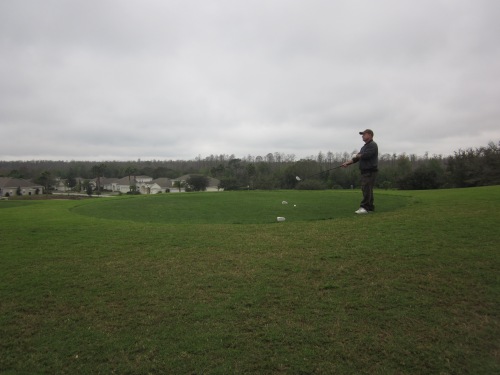 We shivered through our golf round yesterday in very chilly temperatures warming our hands in our pockets between holes. On Wednesday Shirley and I went grocery shopping and after we had loaded our groceries into the back seat because the trunk wouldn’t open, Paul and Shirley’s car wouldn’t start. What happened next is a long story that involved me placing a call for help to the guys, Dave and I heading back to the condo in our car with the groceries and Paul and Shirley being towed across the city at a snail’s pace in rush hour traffic with a tow truck operator whose knowledge of Orlando geography was sketchy at best – spending hours at the car dealership having the car fixed and arriving home late in the evening some nine hours after we first tried to start the car.

So we were ready to unwind, warm up and have a good time at Rocco’s Taco a restaurant that came highly recommended by some of Paul and Shirley’s friends. We ordered the ‘made at your table’ guacamole and this young man did a professional job of preparing some delicious guacamole. 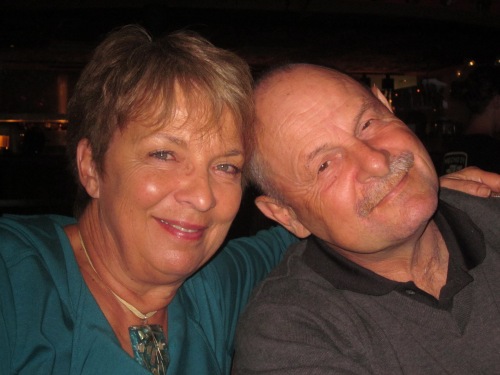 We had a lovely evening.

The food was good. 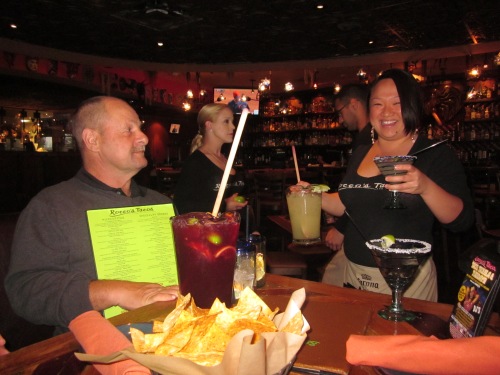 The waitress was friendly.

And we were relaxed and ready for our regular evening euchre match by the time dinner was over. And yes the guys won this time! But it was close.

Other posts about restaurants and food……….

Acquiring a Taste for Jamaican Food