Did You Know? Getting Up Close and Personal With A Famous Inventor

Me and Thomas Alva Edison

Did you know that following Thomas Alva Edison’s death on October 18, 1931, President Hoover issued a request that all Americans turn off their lights for one minute at 7 pm. Pacific Time the evening of October 21 as a tribute to the great inventor’s memory?

Did you know Thomas Edison was married twice? His first wife Mary died in 1884 at age 29 leaving Edison with three children to raise. Two years later he used a message in Morse Code to propose to Mina Miller who was nineteen years younger than him and she accepted. They had three more children together. 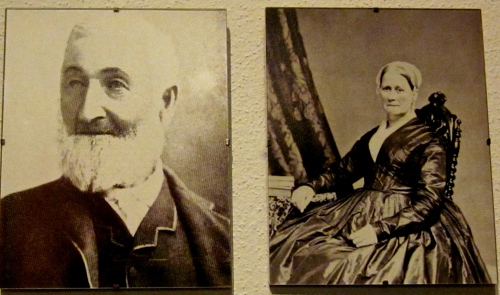 Did you know Thomas Edison’s parents were Canadians?  His father’s family was from Nova Scotia and his mother’s from Vienna, Ontario. 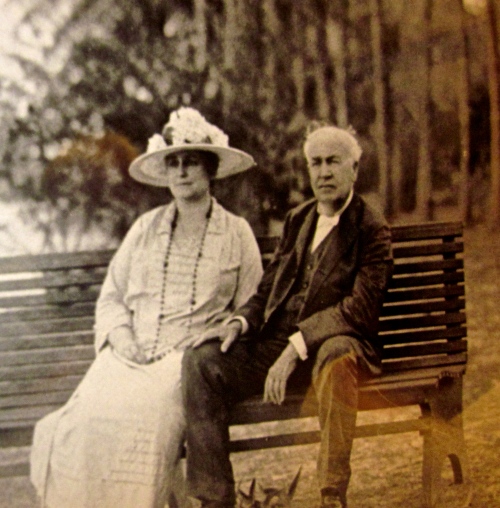 Mina and Thomas Edison in Florida

Did you know Thomas Edison first visited Fort Meyers Florida in 1885 and that he and his wife Mina built a home there where their family spent the winters for some fifty years?

Dave and MaryLou on Thomas and Mina Edison’s Florida estate

Did you know that Dave and I visited that estate this week and learned all kinds of fascinating things about Thomas Edison who took out patents on 1,093 inventions during his life time including the phonograph and movie projector?

Phonograph in the library of the Edison home in Fort Meyers 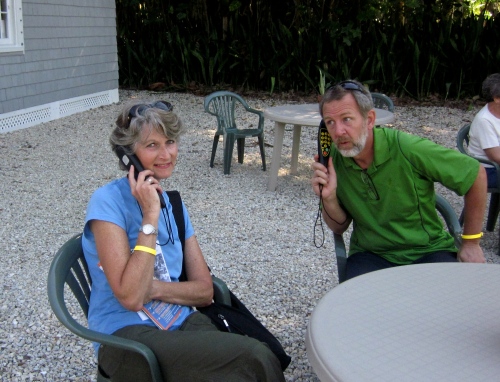 Did you know our visit to the Edison Museum was the first stop on a trip to the Florida Keys we are making with our friends Rudy and Sue Nikkel?  Rudy had been to the museum more than thirty years ago and wanted to go back for a return visit.

Did  you know that Thomas Edison didn’t really invent the light bulb? Other inventors had produced an incandescent light before him. He did, however, create the first practical long-lasting lightbulb along with an electrical system to support it.

Thomas Edison was good friends with Helen Keller who autographed this photo for him with the words….. Not loudness but love sounds in your ear my friend. Helen Keller

Did you know Thomas Edison was technically deaf probably as a result of a bout with scarlet fever as a child? His hearing loss made school very difficult for him and he only attended for a few months. His mother taught him at home and he never attended a college or university.

Rudy and Sue Nikkel stand in front of a huge banyan tree on the bank of the Caloosahatchee River. The tree was planted in 1925.  Edison and his friends Henry Ford and Harvey Firestone hoped they could use its sap to make rubber.

Did you know that Thomas Edison was an avid fisherman which is one reason why he located his home on the Caloosahatchee River?

Did you know that both Thomas Edison and his wife were very interested in botany and gardening? Their estate in Fort Meyers had many fruit trees, more than 17,000 kinds of plants Edison tested as a possible source of rubber, a huge vegetable garden,  a moonlight garden designed by one of the first American female landscape artists Ellen Shipman and many stands of bamboo. Edison thought he could use bamboo fibre to create the filament for his light bulbs.

Did you know Thomas Edison loved to go camping and that his good friend and next door neighbor in Fort Meyers was Henry Ford? 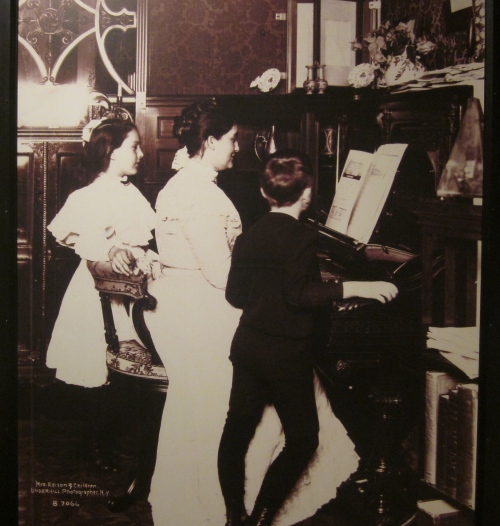 Mina Edison and her children at the piano

Did you know that everyone in the Edison family including Thomas Edison himself played the piano? 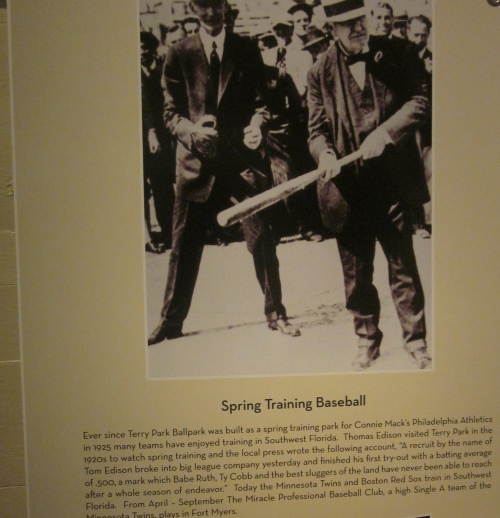 Did you know that visiting the Edison estate in Fort Meyers is a chance to get up close and personal with a famous person and his family and enjoy a good walk amid some lovely scenery? I’m glad our friend Rudy suggested it.

Other posts about famous people……..

She Was 13 Years Old

Dikembe Mutombo Has My Book

The Beatitudes Come To Life

The Dark Side of William Kurelek