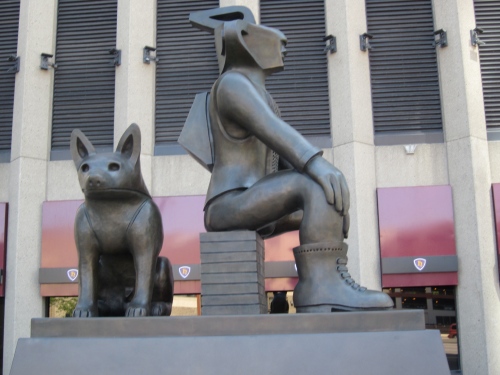 Is it an astronaut, a robot or a Canadian man?  This statue called North Watch by Manitoba artist Ivan Eyre was recently installed on the west side of the Richardson Plaza just two blocks from my condo. The sculpture was unveiled on May 7th and joins two other large sculptures by Manitoba artists in the plaza. 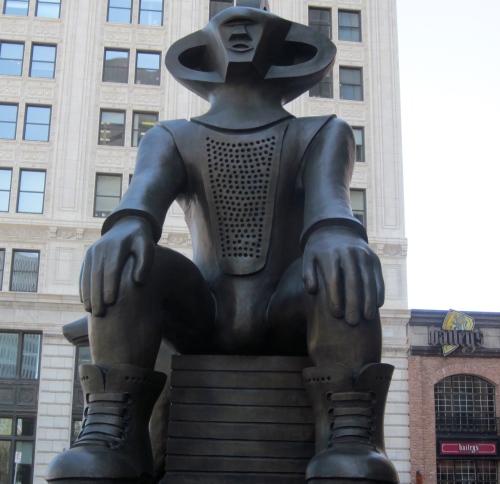 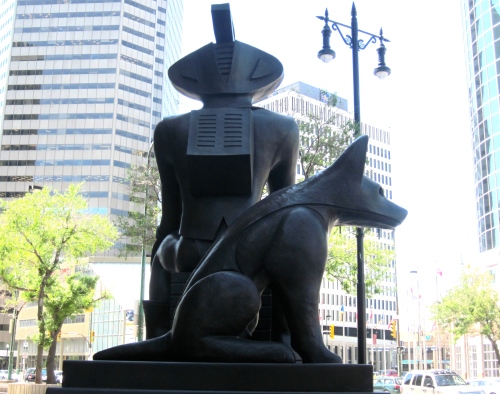 The man has some kind of pack on his back. It almost looks like one of those flying rocket packs they used to wear on the television show The Jetsons.  The statue North Watch used 2,500 pounds of bronze and is made up of eighty pieces that took almost four months to assemble. 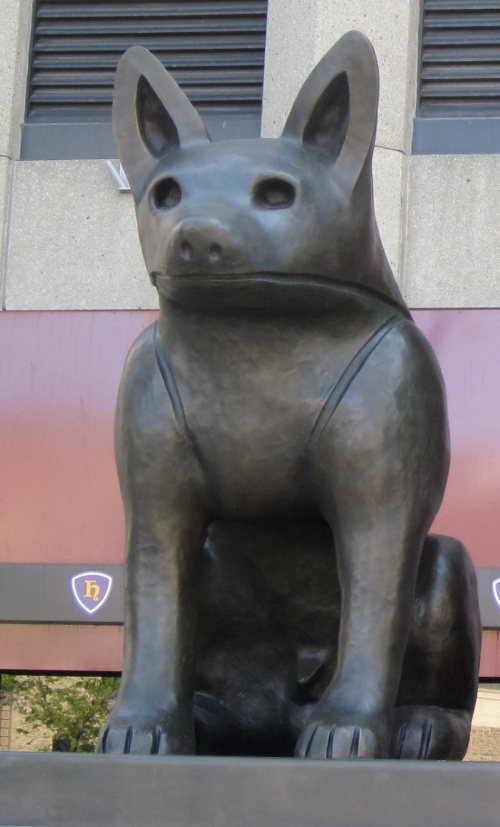 You can see the pieces the dog is made up of.  The dog too has large ears. What is he listening for?  Although a husky would be a typical Canadian dog, it is hard to tell if this is a particular breed of dog.
Ivan Eyre the sculptor who created North Watch was born in Saskatchewan and studied and taught at the University of Manitoba. The Richardson family has been collecting his work for more than 20 years so it is not surprising a piece of Eyre’s was chosen for the plaza around their building. There is a gallery in Winnipeg’s Assiniboine Park that is home to two hundred Ivan Eyre art pieces. 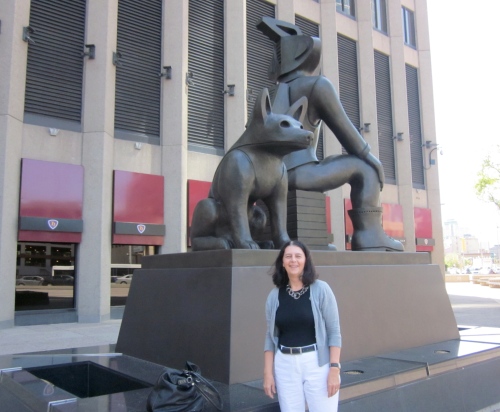 North Watch is an interesting piece of sculpture, but I will need to visit it more often and discuss it with others before I figure out what message Eyre was trying to send with it, what story he wanted to tell.  Right now it is my least favourite of the three sculptures in the Richardson Plaza, but I think North Watch is the kind of art piece that can grow on you. 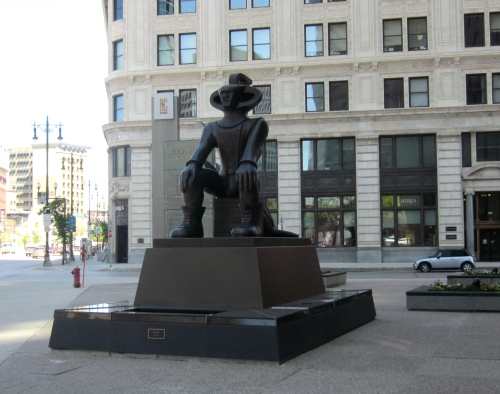 I have done blog posts about the other two pieces of sculpture in the Richardson Plaza……….