I Never Got Used To the Guns in Israel 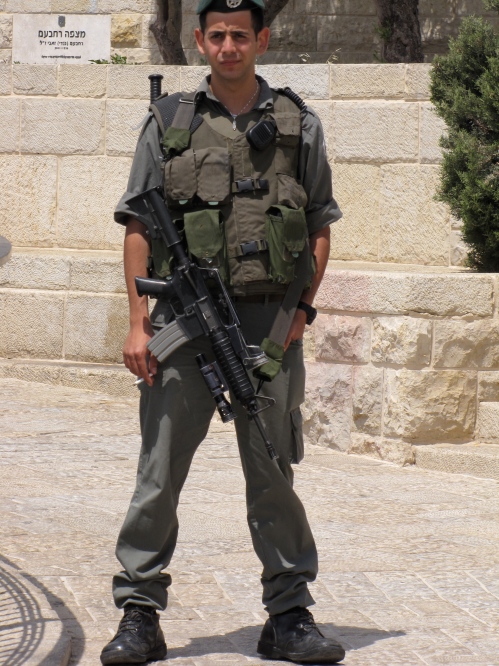 Armed soldier on the Mount of Olives in Jerusalem

I never got used to the guns.  The one image in Israel that continued to startle me throughout my time there was the sight of so many people carrying weapons. Whether walking through the shopping district of old Jerusalem, standing on the Mount of Olives or attending a rock concert on the waterfront in Tiberius I was sure to see people armed with large guns. In a crowded restaurant where we ate lunch one day the only seat left for me was at a table with ten young people who each had a gun propped up beside them.  “Could you please move your gun?” I had to ask one man so I could slide into the vacant seat. 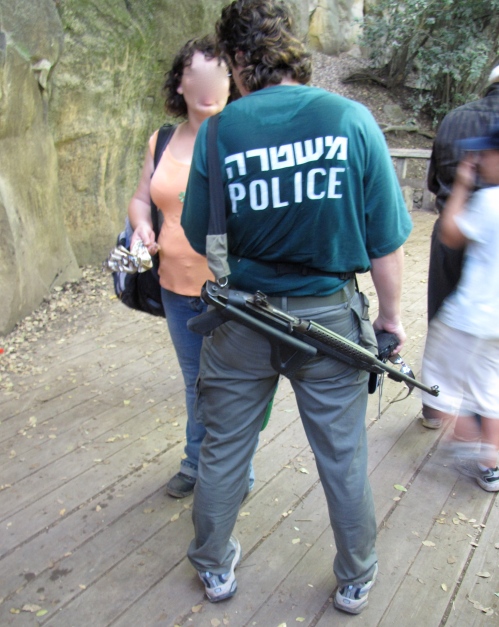 One of my first days in Israel, my high school students and I hiked up to a waterfall in the Golan Heights. Just ahead of us was a group of Israeli schoolchildren. Two men and two women each carrying an M16 rifle walked with the Israeli kids flanking them in front, at the back and on the sides.  I asked our guide about this and he said perhaps the children’s teachers were army reserve members. If so they would be encouraged to carry guns even when they were off duty. Our guide also suggested the armed men and women might be special officers hired by the school to guard the children on their field trip.  The school was a private religious institution and the Golan Heights has been an area of conflict in the past. The school probably has a policy of hiring armed security officers for all excursions. I did a little research and learned that in 1974 three Palestinian gunmen attacked a group of Israeli school students and killed sixteen teenagers. Since then Israeli teachers have been allowed to carry guns in order to protect their students. 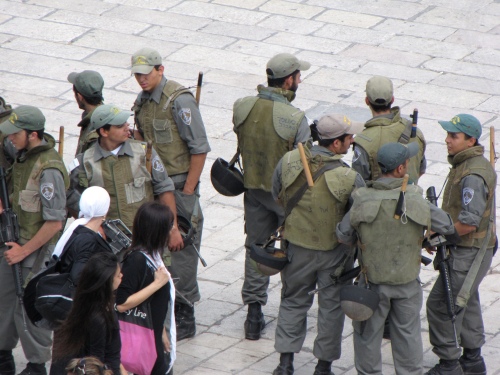 I saw the largest number of armed officers at the Wailing Wall. We happened to visit this world-famous landmark on May 21st which is a holiday called Jerusalem Day. It celebrates the reunification of Jerusalem after a battle during the six-day war in 1967.  Perhaps worried that the Wailing Wall, traditionally swarming with visitors on Jerusalem Day, might make a good target for terrorist actions, the Israeli military was out in full force. Armed guards searched our bags before we approached the wall and we had to walk through a metal detector. Cadres of officers with rifles were posted at various positions in the courtyard approaching the Wailing Wall. So much weaponry seemed sadly out-of-place at a sacred spot where people gather from around the world to pray. 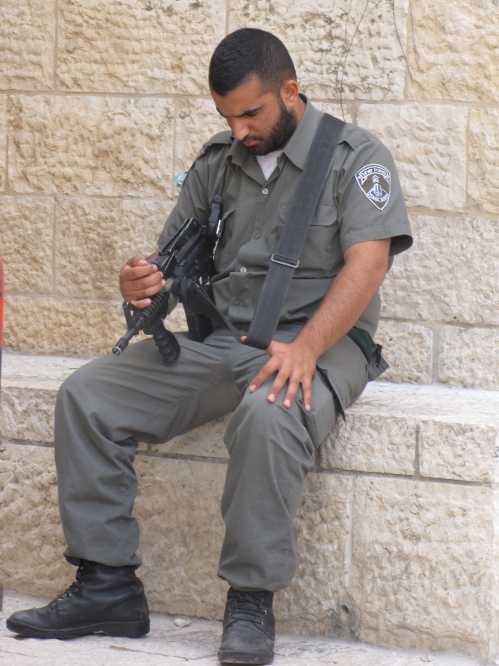 Armed guard having a nap

An article in the London Times titled Guns: The Must-Have Israel Accessory says there is a “familiarity with guns in Israel that is rare” in most democratic countries. Since Israeli young people must serve a term in the military after high school, virtually all adults in the country have been trained to handle weapons. Apparently, gun-carrying citizens have been credited with saving the lives of Israelis under attack on numerous occasions. This has led people to believe only an armed Israeli citizenry can effectively defend itself against Palestinian terrorism. 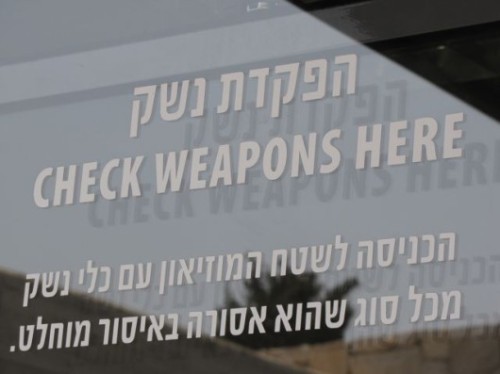 My first few days in Israel I took photographs of all the people I saw with guns because it was so startling to me. I soon realized the sight was commonplace and I couldn’t possibly take pictures of everyone I saw with guns.  One tourist who visited Israel says on his blog that seeing so many people carrying guns in Israel made him feel safe.  I didn’t feel that way. I found it frightening.

The Slaughter of the Innocents

Gender Inequality at the Wailing Wall